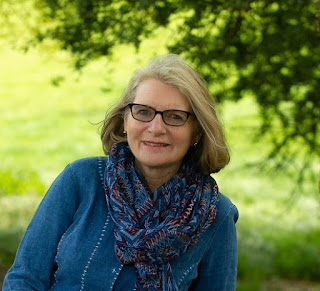 Gail Aldwin is the author of the new novel This Much Huxley Knows. Her other books include the novel The String Games. She lives in Dorset, UK.

Q: What inspired you to write This Much Huxley Knows, and how did you create your character Huxley?

A: In my debut novel, The String Games, the story revolves around Josh, a 4-year-old boy who goes missing during a family holiday in France.

I so enjoyed writing Josh’s character that I wanted to explore what it would be like to use a child’s voice to narrate an entire adult novel. When I proposed this idea to my writing group and shared the first draft of the opening pages, they were sceptical I’d be able to sustain the voice.

This became a motivating factor! Tell me I can’t do something and I’ll always want to give it a go.

Huxley’s character built over time. I wanted to focus on the experiences of a lonely child who has no brothers or sisters. When I struck upon the idea that he would make jokes to try to win friends, further ideas began to snowball.

The themes of the novel around bullying and isolation dictated some of Huxley’s strengths in terms of his resilience and bounce-back-ability. He was a great character to write and I think of him very fondly. 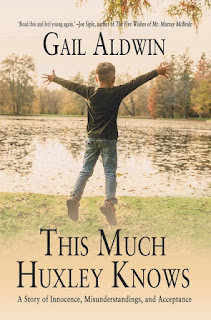 A: I’m a sucker for a happy ending, so I always wanted things to turn out right for Huxley. Misunderstandings cloud the judgement of some characters and this needed to be resolved by the end of the novel to provide a satisfying read.

I knew where I wanted to get to from the first draft but the journey along the way took many deviations. In later versions, the structure was established but the jeopardy required heightening. Eventually, I got there.

Q: What do you think the book says about intergenerational friendship?

A: This Much Huxley Knows suggests that we should look beyond the way people present to build connections. Although we may appear different on the surface in terms of age, colour, gender etc there is more that we have in common than that keeps us apart.

In terms of children’s friendships, it is wise to have an open and honest dialogue within the family to air concerns or worries or to share the joy of new relationships. True friendship is where a bond is developed that encourages feelings of self-worth, value and trust. Who doesn’t want to have a good friend?

A: Readers can find humour in the novel even though some serious issues are addressed. It was a joy to write This Much Huxley Knows and re-experience the emotions, impetuosity, curiosity and the care for others that children show.

A fellow author who writes about intergeneration friendships, Joe Siple, kindly wrote an endorsement for This Much Huxley Knows. He says, “read this and feel young again.” That’s exactly what I’d like readers to do.

A: My work in progress is called Little Swot. It’s a dual timeline novel initially told from the viewpoint of a menopausal and redundant journalist in 2010.

Stephanie decides to create a podcast which looks into the disappearance of 16-year-old Carolyn in 1978. Through the alternating structure of the two viewpoints, readers engage with Stephanie’s investigation and also connect with Carolyn’s experiences at school and home before she goes missing.

This is a new venture for me, into the realms of crime fiction.

A: I am proud of my experiences as a VSO volunteer in Uganda during 2020. It was something I had always wanted to do but my husband wasn’t keen on accompanying me.

He supported my application for a role working with refugee families fleeing turmoil in South Sudan. It was a wonderful experience to work with people who showed such resilience, but I found the living conditions were very tough.

I was repatriated early due to Covid-19 and had to leave without saying goodbye to the children and families I had got to know and respect, but I was very pleased to return to my husband and my home in Dorset.