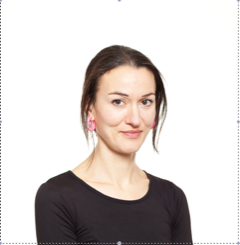 Lauren Cochrane is the author of the new book The Ten: The Stories Behind the Fashion Classics. She writes about fashion for The Guardian.

Q: What inspired you to write The Ten, and how did you choose the 10 fashion classics you discuss in the book?

A: I wanted to write a book that came at fashion from a different point of view. So much of what we see, read and hear about fashion portrays it as this ultra-glamorous world of ballgowns, catwalks and supermodels. It is, of course, all of that, but the idea of The Ten is to show that fashion and style are part of our everyday and - crucially - part of our society and history.

The pieces I choose to write about demonstrate how fashion items have meant different things at different times and to different communities, and how these meanings continue to evolve.

I choose them because they will be familiar, boring even, to most people - so there’s an accessibility. But - like most objects we see every day - they have interesting backstories that perhaps aren’t as well known. I find hidden stories like this fascinating. I hope other people do too. 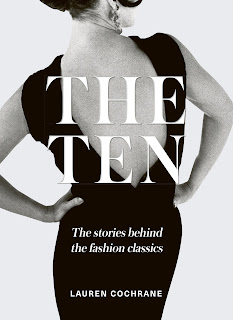 A: The white T-shirt is now seen as an anonymous item - it’s so unremarkable, it’s almost invisible. That’s what makes it a good place to start. It is the purest expression of the thesis behind the book - that the kind of clothes you don’t give a second thought have had an interesting journey to reach your wardrobe.

The white T-shirt’s fashionability dates back to the ‘50s, and a new generation of teenagers, marking themselves out against their parents. Actors like James Dean, Marlon Brando and Sidney Poitier wore the white T-shirt and made it the uniform of the rebel, along with the biker jacket and jeans.

The white T-shirt might not seem rebellious now, but before the ‘50s it was seen as underwear. To wear it out of the house as a fashion item was controversial. And controversy always makes items fashionable for young people.

Q: You conclude with the trench coat. Why was that the last classic you discuss, and what are some iconic moments involving trench coats?

A: I guess the trench is last because it’s outerwear - so it might be the last item someone would put on before leaving the house!

The trench has inherent drama, thanks to its cut. That means there are lots of iconic trench moments.

It started out - as the name suggests - in the First World War and it became a symbol of heroic officers. This developed postwar, when it was the symbol of film noir, worn crumpled by actors like Humphrey Bogart.

Its cinematic reputation continued - it was worn beautifully by Audrey Hepburn in the rain in Breakfast at Tiffany’s, soundtracked by Isaac Hayes in Shaft and the symbol of the yuppie in Kramer vs. Kramer.

For me, though, the most iconic trench moment will always be with Prince - he wore it from Dirty Mind in 1980, culminating in a purple trenchcoat Purple Rain in 1984. It was key to his category-defying, subversive image - especially when worn onstage with black bikini bottoms supporting the Rolling Stones in 1981.

A: I researched the book using a mixture of fashion, sociology and pop culture books, articles on the internet and print articles I had saved over the years.

I was constantly surprised by what I found out. I would say the history of the stiletto - or high heels - was particularly engrossing, especially around gender. It was really interesting to learn how men wore high heels and that they were actually symbols of masculinity in the 16th century. Who knew?

I was also fascinated by the history of black while researching the Little Black Dress chapter. We now associate it with sophistication or funerals but, over the years, it has meant everything from wealth to dowdiness to piety and poverty. I found Kassia St Clair’s book The Secret Lives of Colour useful here.

A: I’m mostly back to the day job of journalism! So working on various articles about fashion, from all different points of view.

One thing I really like about what I do is the diversity of subjects I can cover in a month. In June, I wrote about the sartorial choices of soccer players for Euro 2020, a Christian Dior fashion show, and furniture designer Charlotte Perriand.

A: I hope the takeaway from The Ten is that fashion is everywhere, and for everyone to express themselves. And even if you profess no interest in fashion, it is powerful. It tells people about you without you even opening your mouth, and has the ability to sum up a moment in time. Even as anonymous an item as a white T-shirt has a story to tell.