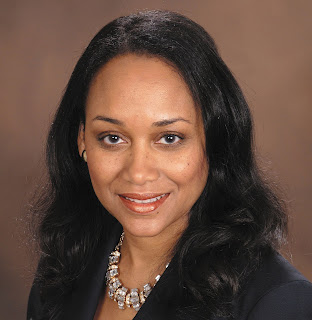 Q: How did you learn about Dorothy Kirwan Thomas, and at what point did you decide to write a novel based on her life?

A: I came upon a cartoon, circa 1788, that shows Prince William Henry, the future King William the IV, in a hammock with a beautiful black woman.

The art is sketched by the satirist Gilroy. Typically, when he drew Black women, they were part of the joke. He’d make their images garish with bulbous lips and other exaggerated features.

Nonetheless, in the cartoon with the prince, the woman is drawn beautifully. She and the prince caress lovingly. She’s not part of the joke. She’s a clue, a tattle. Gilroy wants the world to know how Prince William Henry has been spending his time while his frigate patrols the West Indies.

It took six years to trace the prince to the island of Dominica. There he fell in love with a mulatto woman, Dorothy Kirwan Thomas.

Q: What did you see as the right balance between history and fiction in the book?

A: I see those as two distinct parts of a historical fiction novel that must work together to tell an engaging story. 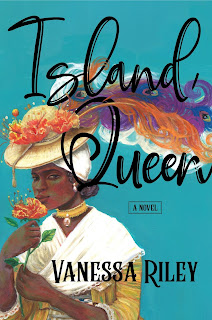 The history part has to be researched thoroughly and in terms of what do we know of the times-- the clothing, the mannerisms, the culture, the government systems, the power structures of the world, etc.

The novel needs to answer what is happening around these characters exhibit. We need to know as much as we can to accurately portray their lives and the choices confronting them.

Then fiction takes over. How will the characters respond? How does the choice affect them, change them? I paint with emotion, and I hope to use my creativity to draw the reader into the journey.

A: Everything about history surprises me in some form or fashion. It always surprises me how much I do or don't know, particularly when it comes to a woman like Dorothy Kirwan Thomas.

Finding her humble beginnings and then watching her navigate the world shocked me in good ways. Then it saddens me.

Dorothy should be known, but [stories] like this about protagonists such as Dorothy who gain their freedom and then moves forward to claim her power are seldom told. In the year 2021, there is still so much history that has been hidden and needs to be uncovered.

A: I hope that when someone reads Island Queen, it challenges everything they may think they know about the access and level of power attainable by women of color, Black women. Limits have been placed on their rise because these stories are often ignored. History books are often sanitized or whitewashed.

A: I'm working on Sister Mother Warrior. This is a story of two women who helped shape the Haitian Revolution. This is another Caribbean story that's told from the perspective of women.

Even though women fought heavily in the rebellions to help the island gain its freedom, most focus on the men, Toussaint and Dessalines. I think people are going to enjoy learning about the remarkable women Marie-Claire Bonheur and Adbaraya Toya.

A: I think that we should understand that history is complex, and it needs to be evaluated from time to time to strip it of bias and to help peel back the layers that hide or obscure facets.

By reading diverse narratives like Island Queen and learning about women such as Dorothy Kirwan Thomas, both her flaws and her courage, we learn more about the world and ourselves.