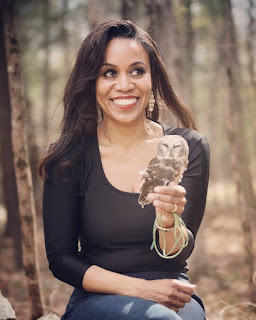 Jacquelyn H. Berry is the author of the new book Find Your Carrot: Stop the Foolishness! Get on With Your Authentic Self. A cognitive scientist, she is based in New York State.

Q: What inspired you to write Find Your Carrot?

A: I was in Egypt as a Fulbright Scholar and had assigned my students the task of “mastering some skill or task” and submitting a case study for the seminar project.

They picked interesting and fun skills and tasks such as learning to play the ukulele, doing magic tricks with cards, and hula hooping. It was also very scientifically based with metrics recorded along the way regularly and theory applied.

Halfway through, Covid hit and it became an exercise in focus with the uncertainty in the world. Many were cut off from their families and also the resources needed to practice their tasks.

Instead of faltering, however, many students stepped up and used the assignment to “go for their goals” as a life raft and something to focus on in the newly topsy turvy world.

I realized that if people lived like that all the time, and never acted like things were status quo, they could better navigate life’s ups and downs. Once the semester was over, I got right on my project of turning what I had learned, along with my own personal experiences, into a book.

Stick people tend to focus more on the harm or punishment they will feel if they slip backwards and somehow don’t live up to expectations. This is what drives them forward in life.

Carrot people tend to focus on the goals and rewards up ahead. They are less mindful of the pitfalls of life and focus instead on what they can get if they push themselves forward. 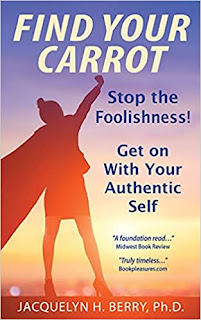 The problem with being a stick person is you’re running from failure rather than chasing your own dreams and nine times out of 10 whatever failure and doom you’re afraid of is imaginary.

The problem with being a carrot person can be that, without discipline, you see lots of carrots everywhere and chase them all without heeding what you need to have the basics.

Find Your Carrot means pick one carrot, and hone in on it, but it must be close enough for you to see, smell, and imagine tasting as you bite into it. When you get that one, pick another and go for that. Keep going and use your currency, your own special gifts and talents, to power your journey along the way.

Q: You've said, "Failure is great. It's one of life's greatest lessons." Can you say more about that, and why you feel that way?

A: People tend to take failure so personally but it’s just data. That’s it. Data. Who hates data? That doesn’t make any sense. How many scientific experiments fail? How many times did Edison try and produce a light bulb? (Hint: he “failed” 10,000 times.)

Why get wrapped up in what it supposedly says about you and instead move on to the next one; just use the information you have to not make the same error.

To produce something helpful and worthy of notice will take a lot of failure; otherwise, someone would have done it already. Want big success? It isn’t going to be on your first try. Period.

Q: Who do you see as the perfect reader for your book, and what do you hope people take away from the book?

A: Anyone who is starting out, making a change, waking up to what they are capable of, or just needing a fire lit under them to get out of the stale old routines of going through the motions (hint: running from failure can look like chasing dreams, but you know in your heart of hearts what the deal is).

A: My next book! It’s about the concept of currency.

A: Go to jacquelynhberry.com for my blog with videos and podcasts as well. I am also @jacquelynhberry on Tik Tok, YouTube, Facebook, and Instagram. The book is for sale on Amazon and Barnes & Noble and all major book outlets.