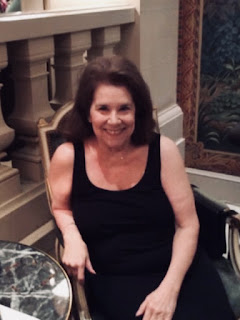 Diane Papalia Zappa is the author of the new memoir The Married Widow: My Journey with Bob Zappa. It focuses on her relationship with her late husband. A psychologist, she taught at the University of Wisconsin-Madison and now is based in New York.

A: I never made a conscious decision to write a memoir, or at least a publishable one! I wrote primarily to preserve my memories of my relationship with my late husband, Bob Zappa, before they began to fade and to share these memories with my daughter, Anna, and a few close friends.

When I wrote, though, I found the words kept tumbling out, so I eventually had written about 90 percent of what became The Married Widow.

Q: How would you describe your relationship with your late husband, Bob?

A: When Bob and I were together in the physical plane I would often tease him, “Besides being Italian, what do we have in common?” And he would answer in all seriousness, “We are one person.”

I only recently became acquainted with the idea of “twin flames.” I believe that describes us: one soul in two bodies. We were immediately drawn to one another, with a connection so powerful it could not be broken, even after he passed away! 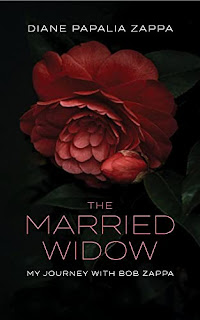 A: After I finished the manuscript, I decided The Married Widow was an appropriate and somewhat mysterious title. I describe how I decided on it in the last chapter.

In that chapter, I talk about how one day in June 2019 I discovered all of my wedding and engagement rings had disappeared from my left hand, not to reappear until the following December! I believe Bob managed to remove them and when they reappeared in December I immediately put them back on. I still wear them.

I believe my putting them back on was my way of telling him I’d marry him again. Thus the title, The Married Widow.

A: I started writing in January 2019, the month after Bob passed away. I was devastated, especially since his death was sudden and unexpected. So writing helped me cope with this monumental loss. But I also found that other widows who read the pre-publication manuscript were also helped. And that also had an impact on me.

A: After Bob passed I began a series of “Dear Bobby” letters that were meant to keep his memory alive and our connection going. These are a series of brief and intimate glimpses into our relationship. It is my way of talking with him, sharing my reflections about our life together, and some thoughts about how I deal with being apart. They are on my blog.

A: Since I never seriously planned to publish a memoir, I was rather casual in how it was “prepared.”

Then, one day in August 2020,  I saw a post on Facebook from former McGraw-Hill editor-in-chief Emily Barrosse, who had recently founded Bold Story Press. She said she was looking to evaluate manuscripts by women authors.

I told her about mine, and we spoke the next day. I explained that I didn’t have a formal manuscript. What I had was a series of “chapters” written using the Evernote app on my iPad.

Since Emily was intrigued about how Bob and my love story spanned decades, she said that she’d like to see my chapters anyway. She loved what I wrote, wanted to publish it, and so I sent her the manuscript in a series of emails, chapter by chapter! She then had them uploaded to a Word document and in July 2021 The Married Widow was published.

One last thought: a number of readers saw similarities between my real life story and the popular novels The Notebook and The Bridges of Madison County. When I reread those books recently, I see it, too.