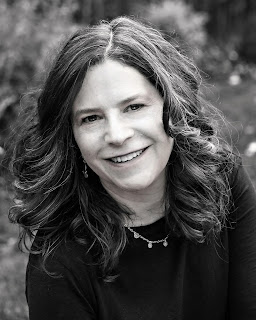 Mindy Uhrlaub is the author of the novel Unnatural Resources, which is set in the Democratic Republic of the Congo. Also a filmmaker, music reviewer, and musician, she lives in the San Francisco Bay Area.

Q: What inspired you to write Unnatural Resources, and how did you create your characters Therese and Luna?

A: I first learned about human rights atrocities in the Democratic Republic of Congo from reading Adam Hochschild's King Leopold's Ghost: A Story of Greed, Terror, and Heroism in Colonial Africa. If you're interested in why horrible things happen to people in DRC today, you might want to check out this stunning history book.

Therese was based on a girl who I met while interviewing women in a shelter in Congo. I never really spoke to this girl, but she saw I was upset when she told her rape story. She said through an interpreter that I'd cry my white person's tears and then go home and forget about her. Obviously, I think about her every day because she became Therese in my book.

Luna was entirely from my imagination. I asked myself about who would be the mother of a kid like Therese. It would have to be someone articulate, crafty, loving, strong, and brave. She actually reminds me a lot of my own mom. 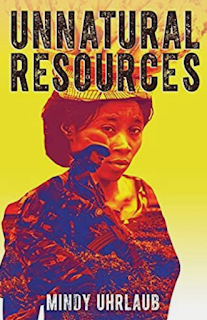 A: The majority of my research came from my trips to DRC. The most surprising thing was how resilient people are, even when faced with humanitarian disasters like those in Congo. Even though women there have suffered brutality, they are the strongest people I've ever seen.

And near Goma, where Mt. Nyiragongo just erupted again in May, hundreds of people lost their homes and businesses. Those homes and businesses were built on the cooled lava from the last eruption. My guess is that they'll rebuild again because that's just how strong and determined they are.

A: I always knew how the book would end, but there was a major change along the way.

My book was originally written in three parts: Therese's part, Luna's story, and Brianna's part. Brianna was an American humanitarian who invited Therese to live with her for her junior year of high school in the U.S.

She is an important character in Therese's story, but pulling the main character into the affluent world of an American took the immediacy out of the book. It also slowed the pace in the middle of the novel, and my publisher felt it needed to come out.  The book, formerly 300 pages, is now 200.

A: On the last page of my book, there are suggestions on how readers can help people in Congo. Aside from wanting readers to empathize and think outside of their own experience, I would love for them to read that final page and engage in their own activism.

A: I am writing an ALS memoir.  I lost my mom (Nanee) in January of 2020 to Amyotrophic Lateral Sclerosis. She lost her dad, my grandfather Milton, to ALS the year before I was born.

In August of 2018, I learned that I carry the gene, C9orf72, for ALS. I am currently enrolled in seven different research studies, some of which will hopefully lead to a cure for this fatal disease. I guess I just like light and fluffy topics. But in all seriousness, I love writing about underdogs that win, and I fully intend to win this fight!

Q: I wish you all the best with your health, and I hope the studies lead to a cure as soon as possible.

Is there anything else we should know?