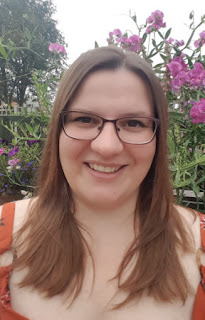 Claire Heywood is the author of the new novel Daughters of Sparta. A scholar of the ancient world, she is based in the UK.

Q: What inspired you to write Daughters of Sparta?

A: I had the idea while I was studying Classics at university. I was fascinated by the stories I read – especially Greek tragedy – and by the historical reality faced by women in the ancient world, so really I wanted to combine these interests.

There were two texts in particular which I translated during my master’s degree that directly inspired parts of the novel – Euripides’ Iphigenia at Aulis and Book 3 of Homer’s Iliad.

These texts offered rare sympathetic glimpses of two women who were more often vilified by ancient writers – Helen of Troy and her sister Klytemnestra – and I wanted to build upon that to create a fuller narrative of the Trojan War from their perspective.

Q: As someone who studies the ancient world, what did you see as the right blend between the historical record and your own fictional portrayals of Helen and Klytemnestra?

A: Because of the nature of the novel, Daughters of Sparta was always going to be a blend between fact and fiction.

First there are the archaeological facts which, as far as they can be reasonably interpreted, I have tried my best not to contradict. From the start I was very clear that I wanted to create a world and a story which could have existed.

There are many gaps in our evidence for this time period, and so I had the luxury of filling these with my imagination, but it was always my aim to make the novel authentic to its setting.

Then there is the myth upon which my story is built. Though some consider the Trojan War to have been a real historical event, my personal view is that, while it seems likely that there was a conflict between the Greek city states and their neighbour across the Aegean some time within the Late Bronze Age, the stories written about this conflict are hardly reliable accounts. 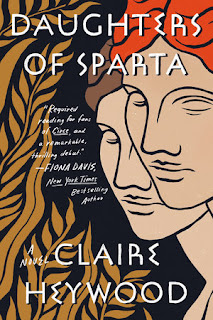 Thus I see my novel as something like “historicised mythology,” attempting to reground the myth in reality, with no intervening gods or supernatural events, only ancient people in a dangerous world acting according to their own motivations and goals, their fears and flaws.

Finally there is the “traditional” myth, and my version of it. Even in the ancient world there were many different variations of any given myth, but I tried to distil what I considered to be canonical and make this the backbone of my story.

Within this framework, however, I also wove my own narrative – new events, new characters, new complexities and explanations which I felt were needed to make the story whole and believable. I wanted to answer questions ancient writers had never asked, and give flesh to the parts of the story I had found myself wondering about.

Q: The Kirkus Review of the book says, "Heywood certainly achieves the feat of giving rich interiority to women who are often treated as little more than symbols." What do you think of that description, and what would you say are some of the most common perceptions and misconceptions about Helen and Klytemnestra?

A: I’m thrilled with this assessment of my novel, because it really summarises what I set out to do.

In the ancient world, through the stories told about them by male writers, Helen and Klytemnestra became symbols of dangerous femininity. Unfaithful, traitorous, transgressive – they were the archetypal “bad wives,” cautionary tales about the damage women could do – to the husbands and to society – if they were allowed to step beyond what was right and proper.

These women have often been reduced to their worst moments, but I wanted to give them a fuller story and imagine all the experiences that had led them to that point.

In the case of Helen, too, she is most famous as an object of beauty, “the face that launched a thousand ships,” and yet that tells us nothing about her character, her thoughts or feelings. I wanted to get at the woman beneath the legend.

A: I hope that my novel shows that there is never just one side to a story. Ancient writers were clear in their condemnation of the things Helen and Klytemnestra did, but I hope that my version gives a more nuanced telling, full of humanity and empathy, and if not a full vindication then at least a fair trial for these women who have been vilified for millennia.

I hope that Daughters of Sparta joins other novels in the genre in sparking a resurgence of interest in these ancient stories.

The success of novels such as Circe by Madeline Miller, The Silence of the Girls by Pat Barker, and A Thousand Ships by Natalie Haynes shows how these stories can still be relevant and fresh and thought-provoking.

I think they also help to broaden access to the subject of “Classics” and Ancient History, which I myself only discovered at university and would recommend to anyone curious about the complexity, ingenuity and folly of humanity.

Above all I hope that readers enjoy the novel. I find the ancient world an endlessly fascinating place, at once foreign and familiar, and so I hope to impart some of that fascination on anyone who picks up Daughters of Sparta.

A: I’m currently working on my second novel, in the same genre of retelling mythology through a historicised lens. This time I’m looking at the story of Perseus, or rather the story of the women affected by Perseus – his mother, Danae, his wife, Andromeda, and his victim, Medusa.