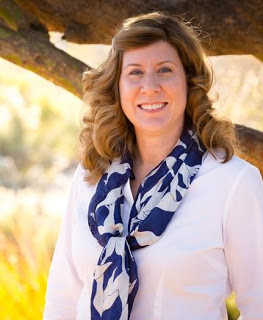 Sara Fujimura is the author of the new young adult novel Faking Reality. Her other books include the YA novel Every Reason We Shouldn't. She lives in Arizona.

Q: What inspired you to write Faking Reality, and how did you create your characters Leo and Dakota?

A: My favorite ‘80s movie is Some Kind of Wonderful, featuring Eric Stoltz as the sweet, artistic Keith and Mary Stuart Masterson as his BFF, the super cool drummer Watts. I wanted to keep the best-friends-to-lovers trope but give it an update.

Leo Matsuda is a Cinnamon Roll hero like Keith, but instead of putting Leo to work in the family garage like in the movie, I put him in the family restaurant. Mostly because I don't know beans about working in a garage, but I did work in my dad's restaurant for a bit.

For Dakota, I wanted to pick something where girls are still underrepresented. As my daughter played on the drumline during high school, I picked industrial design for Dakota instead. I hope she will be an inspiration to other girls who are makers and builders. The HGTV part came from my friend, Sara Van Acker, an award-winning, unscripted TV producer.

Q: What do you think the novel says about reality TV?

A: Though today's teens are media savvy, I hope it pulls back the curtain even further for readers. That they will realize that even unscripted TV has an agenda and that actual events are massaged and packaged into something that will attract eyeballs and ad dollars.

Though Dakota's family is larger than life, I hope it will make readers question what they see on Instagram, YouTube, and Tik Tok. 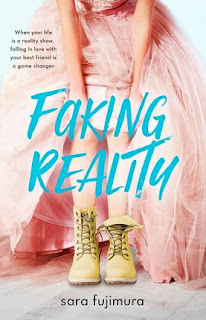 Q: In our previous Q&A, you called your novel Every Reason We Shouldn't "a book for the next generation of biracial Asian teens in the U.S. and around the globe looking to see themselves represented in YA books." Do you feel the same way about Faking Reality?

A: Yes, and even more so. One interesting thing to come out of the pandemic was the shift in media consumption. In the past, when free time was limited, people would stick to the shows that already fit their bias.

During COVID-19, when everybody *finished Netflix*, they started consuming media from around the world. Whether you fell in love with Korean dramas, binged anime with your favorite otaku friend, bopped along with the latest Bollywood musical, or traveled back in time to the Tang Dynasty in China for some historical fiction, teens are looking to see themselves in all kinds of media. And that includes mixed Asian teens.

"A child of two worlds struggles to bridge the gap between them" will always be a popular, universal trope. Thanks to media from around the world, now we can see it portrayed in many different ways.

Jonah in Every Reason We Shouldn’t and Dakota in Faking Reality both have moms who are biracial Asian-Americans. Whereas Jonah identifies as Asian because his father is Asian, Dakota struggles with her identity because her dad is white. At only one-quarter Asian, Dakota actively tries to connect with her Japanese roots and make sense of the Akagi family's turbulent history in America.

I hope this will help more mixed teens feel seen. There are many teens out there trying to figure out how all the (sometimes conflicting) parts of them come together to make them whole.

A: Yes, in general. This was my first book written after studying Blake Snyder's screenwriting book Save the Cat. I learned that I could shave years (YEARS!) off my writing time by going into a new project with a strong plot scaffolding, or what Snyder calls a Beat Sheet.

This is my #1 piece of advice to new writers: Buy yourself a copy of Save the Cat! Writes a Novel by Jessica Brody and read it thoroughly before you start your next project. It is a game-changer.

A: I just signed the contract to convert my first book Tanabata Wish into an audiobook later this year. The VO actor for this project is Caitlin Kelly, who is an American expat living in Japan. Caitlin also did the audiobook version of Every Reason We Shouldn’t.

I am also converting Tanabata Wish into a graphic novel script and have started working on a companion novel to ERWS, this time going back in time to derby girl Mack's summer before her senior year.

A: One of the things I'm most proud of is the translation of my third book Every Reason We Shouldn’t into Korean. I wish I could read/understand Korean, but I'm also happy to hold the book in my hands.

My bucket list includes going to the Kyobo Book Store Gwanghwamun in Seoul to sign copies of 너와 내가 반짝일 확률 99%, which loosely translates to 99% Chance That You and I Will Sparkle. So, go away, COVID19! I'm ready to travel again.