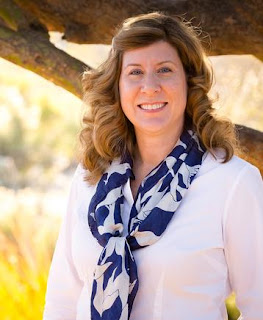 Sara Fujimura is the author of the new young adult novel Every Reason We Shouldn't. She also has written the YA novels Tanabata Wish and Breathe. A freelance writer and creative writing teacher, she lives in Phoenix, Arizona.

Q: Why did you choose to focus on skating in your new novel, and how did you come up with the idea for your characters Olivia and Jonah?

A: In 2010, I read Olympic speed skater Apolo Ohno’s autobiography No Regrets. I was fascinated by the account of his teenage years.

Specifically, when Ohno was at the crossroads and wondering if he should quit the sport all together because his raw talent was no longer enough. Jonah’s character came to me first, and Apolo Ohno very much influenced him.

Olivia is the one who tells the story though, and I gave the crossroads problem to her. I have two ultra-talented girls (now young women) in my life, and I got to see—thanks to their moms—what it’s like to be that one-in-a-million teen and all the unique challenges that come with being that high level of an athlete/performer.

One is a dancer and the other a singer, but I wanted a girl who was into ice sports to work better with Jonah’s character. As super cheesy as it is, I love The Cutting Edge. I wanted to write an updated (and much more realistic) version of the movie with teen skaters. 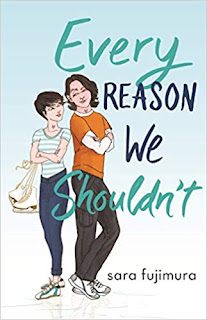 I also love Yuri on Ice. Just like Yuri, there is nothing physically wrong with Olivia. She’s just lost her spark. That is until Jonah starts training at her family’s rink.

Q: Did you need to do any research to write the book, and if so, what did you learn that especially surprised you?

A: So. Much. Research. Across the board. The only thing I came into the project feeling semi-confident about was the roller derby part because I had written a piece for Raising Arizona Kids magazine many years ago about moms who do roller derby.

I have a lengthy acknowledgements page in the back of the book thanking all the people who helped me craft these characters who are nothing like me in a lot of ways and then exactly like me in others.

The thing that surprised me the most was the very specific rules figure skating has.

For example, at the last minute, I had to completely scrap the iconic phoenix-inspired outfit that Olivia had worn in my head for the last eight years. I was told that Olivia would have been docked points both for her costume and the sparkles decorating her face.

Does this make or break the story? No. But like I said, there are some ways I’m very much like Jonah and Olivia (read: I’m a perfectionist.). 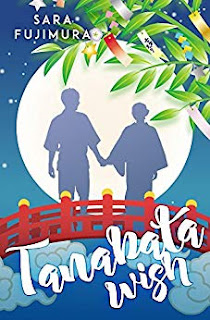 A: At some point in their young adult lives, readers will have an Olivia moment when they are at the crossroads in their own lives.

Maybe they were the star quarterback in high school and then never made it off the bench their first year of college football. Or maybe they danced all the solos at their local dance studio but didn’t even make it through the first cut at their first professional dance audition.

It’s that feeling when whatever once made you special is now the thing that everyone else around you can do too and even better than you.

Do you continue on your original path, find a new but similar path, or completely step off the path all together? The higher your natural ability and the more your identity is wrapped up in that one thing (like both Olivia and Jonah), the harder that decision is.

I’ve never met anybody who has achieved their huge goal in life without making a lot of detours and wrong turns along the way.
Q: Do you have any favorite novels that feature skating? 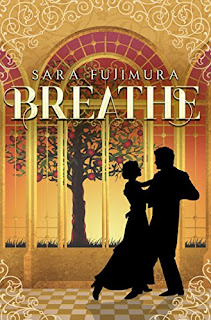 A: Skater and YA author extraordinaire Katie Van Ark’s The Boy Next Door. Like my book, it’s about a high-level pairs figure skater. Unlike my book, it’s the romance between the two partners, and there is the added layer of them being next-door neighbors on top of it.

A: I have a bunch of things coming down the pipelength which I jump between when I’m not working on Book 2 (my fourth book) for Tor Teen. I can’t talk about it quite yet, but while I’m waiting, I’ve been working on some screenplays.

Like Every Reason We Shouldn’t, all of my stories are about things I know absolutely nothing about. But that’s what makes it so much fun. I love to do research and interview people about their passions.

A: People often ask me why many of my projects have Asian guys as the Hero/Love Interest of the story. Before I answer their question, I often ask them to tell me their Top 5 American movies/TV shows/books featuring an Asian guy as the hero or love interest. It’s hard for a lot of people to do.

We’ve never had a shortage of YA books in my house, yet we lost my biracial Asian son to Japanese media early on because he didn’t see himself represented in American mainstream media.

Every Reason We Shouldn’t is a book for the next generation of biracial Asian teens in the U.S. and around the globe looking to see themselves represented in YA books.

My books are only one specific lens on the bigger experience of being a multiracial Asian teen. You may see your family life portrayed in my books. You may not.

If you don’t, I encourage you to take a look at the running list I keep on my website (https://www.sarafujimura.com/biracial-asian-teens-in-ya.html) of other YA books featuring biracial Asian main characters or love interests. It is still an incredibly short list. Please help me add to it.