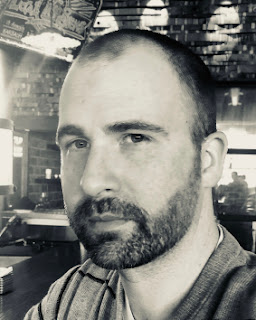 Todd Dillard is the author of the new poetry collection Ways We Vanish. His work has appeared in a variety of publications, including Best New Poets and Electric Literature, and he lives in Philadelphia.

Q: Over how long a period did you write the poems in Ways We Vanish?

A: The “oldest” poem—which I consider the “youngest” poem, since I wrote it in the earliest years of my craft—is “Put the Jukebox On.” I wrote it when I was 22. The majority of the poems in the book were written when I was in my mid-30s, up until a few months before I turned 37.

This seems like a lengthy amount of time when I write it down like this, but really I gave up on writing poetry during The Recession when I was 25 or so and my life was really chaotic. I didn’t come back to poetry until my life had stabilized at around 32.

A: It was difficult!

But this architecture was too neat for the life story that serves as the engine of the book—life is messy! 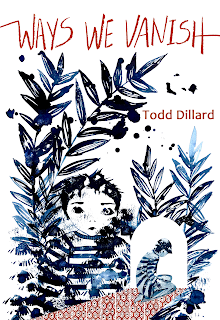 So instead I cut the manuscript into two halves: an early life section which dips into adulthood and includes my mother’s passing, and a section dedicated to the “after,” to the life I built on my own, distant from my family and childhood, but still close to my grief.

Having these milestone poems in the collection helped the other poems gravitate to the poems they were (unknown to me at the time) already in a dialogue with.

A: The poem in the collection titled “Ways Things Vanish” offers a brief glimpse of the way things in our lives disappears, then shifts and shows us a way a person can disappear as well, and the absence they leave after.

What I wanted to do with the title was build on that theme, to show how myriad our disappearances are, that death is not just the erasing of one person from your life, but it’s also the arrival of their absence, which is something you can almost put on like a coat.

Forgetting, love, the Mars Rover breaking down, a house burning down in a fireman’s training exercise, the moment you realize you’re too old to be your daughter’s “pony”… all of these are major or tiny ways that we vanish. Grief is living, this book argues.

Q: What do you hope readers take away from this poetry collection?

A: I wanted to write something that’s accessible but also odd, that’s easy to read but that engages readers in novel or unexpected ways. I hope that readers see in this book a tapestry of experiences, of sorrow and tenderness and grief and joy.

I also want people to enjoy it! In this book the moon sings! People turn into wax, which is mistakenly turned into candles! Telephones appear in chests! Snakes become air balloons! Geese gut bacteria saves a toxic lake! I hope people walk away from this book having read something they’ve never read before.

A: Currently I’m preparing my grant application for a National Endowment of the Arts Award.

There’s a Russian neuroscientist who published some popular science books a few decades ago exploring novel case studies of individuals with unique memories, and I think it would be neat to write something about his work and his patients.

Mostly though, I’m just writing whatever I want. It feels odd to say, but one of the ways I’ve vanished since finishing this book is that every day I feel less and less a pull to write about my childhood, my sadness about my mom’s passing, my confusion.

All of it is still there, still looming over me like a pet moon, but whether it’s from acceptance or fatigue I now find my writing has shifted entirely, becoming weirder (in a good way!). So I would say my “work” right now is following this shift, giving it the time and space it needs to bloom.

A: I’m just really thankful to Genevieve and Eric (the editors at Okay Donkey) for believing in this book.

Having taken off the better part of a decade from poetry was both a gift and a huge obstacle; I could see the peers I graduated with flourishing, while I still felt like I was stumbling along in the dark, trying (and failing for years) to achieve even a modicum of success.

And yet, I needed to take that time off, to process my mother’s passing, to build a life of my own.

So I just want to say, too, that not writing when you want to be a writer isn’t failure. You’re not a failure even if you give up for a little while. It never has to be hopeless. Just because it’s hard sometimes getting to the art that’s inside you, it doesn’t mean that art isn’t there, waiting for you to find it.