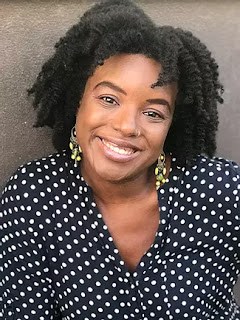 Shakirah Bourne is the author of Josephine Against the Sea, a new middle grade novel for kids. Also a filmmaker, she is based in Barbados.

Q: What inspired you to write Josephine Against the Sea?

A: I have always been infatuated with myths and fairytales about princesses, vampires, mermaids, and other sea creatures, and for this story, I wanted to delve further into Caribbean folklore and create a modern-day adaptation set in Barbados.

When I was 12 years old, I read a story in English class about a fisherman who became obsessed with a mermaid. She would sit on a rock by the river, combing her hair and singing.

Though villagers warned him to stay away, he’d visit her every day and soon she took over his dreams; he stopped eating, providing for his family, and one day, the villagers found his clothes on the riverbank and he was never seen again.

I wondered, who was that mermaid? What happened to that fisherman? And how did his family react? Josephine Against the Sea became my answer to those questions.

I also took the opportunity to channel my love for cricket through Josephine, and gave her the bowling skills I wished I had when I was younger. 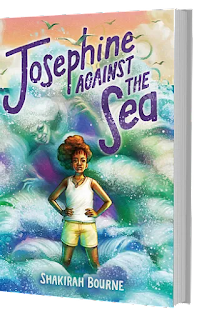 Q: The Publishers Weekly review of the book says, “Twining fantastical elements with a steady pace and a contemporary setting, Bourne nets a relatable story of processing grief, trust in one’s family and community, and Black girl magic.” What do you think of that description?

A: I think it’s a very accurate, all-encompassing definition of the book. Josephine’s mum suddenly passed away years ago, and though her father is a single dad, the entire community has a hand in raising her.

Unfortunately both Josephine and her dad have developed unhealthy coping mechanisms to avoid dealing with the grief. Jo is very overprotective of her dad and scares away any potential girlfriends that threaten heartbreak, and Jo’s dad is unable to speak about her mum at all, leaving a giant hole in their otherwise strong relationship.

They both need to learn the importance of communicating feelings, and that confronting and sharing emotions is the first step to healing.

Their emotional journey is weaved into a high-stakes adventure, where they get support from the entire community: friends, teachers, neighbors, and even indirect motivation from a sea creature! There is both literal and metaphysical Black girl magic in the pages.

A: I actually envisioned the ending of the book first, and plotted the rest of the story with that scene in mind. I had decided to write this book for a book competition, BURT/CODE Award for Caribbean YA Literature, about three weeks before the deadline, so I had to have a complete outline and writing schedule to get it finished in time.

Though I met my goal, and the version of that book was a finalist in the competition and also got me my agent, I’ve made so many revisions to the story since then–it’s now three times the size. So, I expanded the world and the setting, and further developed the characters and the plot, but the ending mostly remained the same.

Q: The novel takes place in Barbados. How important is setting to you in your writing?

A: As a Barbadian author, currently residing in the island, it was extremely important to me to have that representation in the book.

In an author’s note, I wrote that in this adventure set in a rural community, Fairy Vale, audiences will get to see a town that will never be a stop on an island tour, or featured in a cruise ship brochure. It’s a place full of colorful characters and dialect, traditions and superstitions, and close-knit communities and families who sometimes bicker, but always protect each other.

There is a lack of traditionally published middle grade books set in the Caribbean and so I am thrilled to be able to show the world a slice of Barbadian life.

A: I’m working on a middle grade horror inspired by Caribbean folklore called Duppy Island, which is coming out next year. It’s about a young filmmaker who follows her family to a silent retreat on a mysterious island, and discovers that the island is haunted by faceless children.

A: I just hope that everyone enjoys reading a fantastical story with Black children having fun and going on adventures and saving their family.