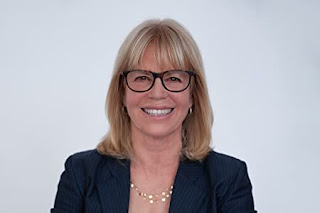 Daisy Wood is the author of the new novel The Clockmaker's Wife. She has written young adult books under the name Jennie Walters. She lives in London and Dorset, UK.

Q: What inspired you to write The Clockmaker's Wife?

A: Big Ben has been in the news recently, because of the extensive program of renovation work that’s been undertaken to restore the clock tower to its former glory.

I learned about the part Big Ben played in the Second World War, when people were encouraged to pray for their loved ones in danger while listening to the great bell toll before the nine o’clock news on the wireless every evening. Big Ben came to represent the sound of democracy, the voice of a nation that wouldn’t be silenced.

But what if Britain’s enemies came up with a plot to destroy this beacon of hope? St Paul’s Cathedral only narrowly escaped destruction during the Blitz, and the Houses of Parliament were an easy target; a pilot only had to fly up the Thames to find them. And so an idea was born!

A: Yes, I did a lot of research before I started writing, into London and the Houses of Parliament during the war, into Big Ben and the clock tower, and also into the activities of the British Fascist party.

I was lucky enough to meet two wonderful guides at the Houses of Parliament who have taken countless visitors up the clock tower, and they told me how it feels to climb up the open spiral staircase to the Ayrton Light at the top, over three hundred feet above the ground.

I was surprised by the sheer scale of the clock (the minute hand is over 14 feet long), and by the fact the original Victorian mechanism is still in use today. 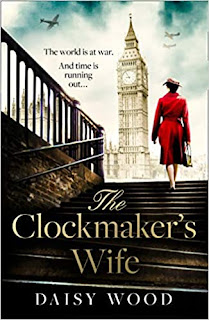 I was also amazed and saddened by the tremendous destruction wrought on London by the Blitz. On the night of 29/30 December, a Sunday, around 100,000 bombs were dropped on the city and thousands of ancient buildings were destroyed as fire leapt between the empty offices and warehouses.

Finally, I was taken aback to discover the number of Fascist sympathisers in British high society leading up to and during the war.

A: I had one inescapable fact to contend with: that my lovely heroine, Nell, would lose her life to save the man and the country she loved. I wasn’t exactly sure how at first, and there were a few logical conundrums to solve, but I tried to make the ending satisfying and uplifting, as well as terribly sad.

Originally the story was a little downbeat, as my editor pointed out, so I needed to inject some hope, a sense that Nell’s sacrifice wasn’t in vain, and a little more romance to sweeten the plot!

A: I hope readers will come away with an appreciation of the tremendous hardships everyone endured during the Second World War, and the sacrifices that were made to preserve the freedom we enjoy now. At a time when far-right views seem to be on the rise, it’s important to recognize where the language of division and hatred can lead.

I also hope readers will be entertained, transported to another world and time when extraordinary things were happening to ordinary people, just like them.

A: I’ve recently finished rewriting another Second World War novel that I’ve been working on for years, but I’m also tempted to look further ahead and plan a story set in the ‘50s or ‘60s. That postwar period fascinates me: so many hopes and ambitions, especially for the women who had gained independence and confidence during the war.

A: Renovation work on Big Ben and the clock tower has been delayed by Covid, but should be completed next year. The tower will look stunning: freshly gilded and repainted, with the metalwork on the clock dials restored to the original Prussian Blue that forensic analysis has revealed. Come to London next year and take a look!