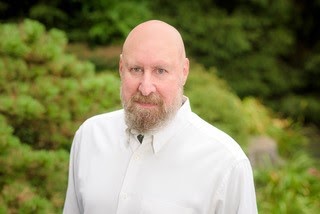 David Hirshberg, the pseudonym for an entrepreneur and business executive, is the author of the new novel Jacobo's Rainbow. He also has written the novel My Mother's Son. He lives in Westchester County, New York.

Q: How did you come up with the idea for Jacobo’s Rainbow, and for your character Jacobo?

A: I wanted to write about “the outsiders” in the U.S.—there are many books about the struggles that recent immigrants face, but adding one more from the perspective of a member of a traditional group who took a well-traveled route to get here and acclimate didn’t allow for a different point of view.

I was also interested in finding a locale that could serve as a metaphor for what’s going on in universities today with the shutting down of free speech, anti-Semitism, and intersectionality.

For that, I was naturally drawn to the Berkeley Free Speech Movement of 1964. I thought that if I could create a fictitious university that was undergoing the kind of tumult that went on at UC Berkeley, it could be the perfect setting into which I could drop a true outsider—ironically, one who was born in the U.S. but whose family lived in total isolation from the outside world until the 1930s and whose integration into the community at large subsequent to that was quite modest.

In addition, setting the novel in New Mexico—as opposed to the greater San Francisco area—allowed me to involve Native Americans, who to this day are, for the most part, outsiders. 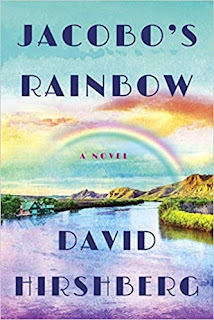 Once these basic elements came together, I was able to start, and this opening paragraph set the tone for the entire book:

"Until 1960, all of us in Arroyo Grande were ignorant of electricity and automobiles, were unaware of plastic, steel, or homogenization, hadn’t been exposed to vaccines, x-rays or Freud, weren’t acquainted with Shakespeare or Hemingway, had never listened to Gershwin or Mozart, couldn’t have imagined Les Demoiselles D’Avignon or The Starry Night, didn’t know what JFK, DNA, SOS, IBM, CIA or RBI stood for, were uninformed of the existence of George or Booker T. Washington and assumed that England, France, Spain, and Portugal were still the most powerful nations on earth. We used sassafras roots as toothpaste, made paper from pulp and colored it with plant dyes, played the lute and the lyre, and used percussion instruments made from animal skins. And we never went to sleep without our parents saying, 'Then all shall sit under their vines and under their fig trees and none shall make them afraid.'"

It was the next paragraph that allowed me to begin to shape the character of Jacobo Toledano, the narrator:

"This is what I wrote in 1962, word for word, as the beginning of the essay part of my application to be admitted to the University of Taos (commonly referred to as UT), close to the Colorado border. It came out of an assignment from a creative writing project in our remote, small school, in which we were asked to re-imagine our family’s history in the form of an introduction to a novel."

Readers of this interview should understand that I haven’t revealed anything about Jacobo or Arroyo Grande; this is deliberate so as not to divulge some of the secrets that contribute to the mystery that isn’t exposed until near the end of the novel.

A: The following is from The Author’s Note after the last page:

To answer your question specifically, I do the kind of research that makes sure that basic facts are correct.

As an representative example, Jacobo gets drafted and is sent to Vietnam. I made sure that the means of how a typical soldier got there are accurate. The same goes for the kind of equipment he used.

But as I wrote in my author’s note, I didn’t do any research in terms of speaking to vets, reading their stories, etc. I have always been concerned that if I did this, I would either unintentionally borrow something from a third party or tilt what I was writing to fit into someone else’s narrative. So I avoided it completely by not doing the "typical" kind of research.

By the way, I used the same paradigm for my debut novel My Mother’s Son, published in 2018, and have kept to the same technique for my next novel, which will come out in 2022.

As you can understand, since my research was of the mundane type, I didn’t learn anything that was surprising.

Q: How would you compare this novel to My Mother’s Son?

A: At first blush, there are no similarities. My Mother’s Son takes place in Boston primarily in the 1950s in an Ashkenazic Jewish family surrounded by Irish, Italian, and Polish Catholics. And there’s a backstory that begins at the turn of the 20th century.

It’s a literary novel written as the memoir of a radio raconteur that uses the inconceivable events of his family’s life and the world in which he lived as a foil to deal with major issues that affect Americans today—disease, war, politics, immigration, and business.

And yet…there is similarity in that Jacobo’s Rainbow also uses the inconceivable events of his family’s life and the world in which he lived in New Mexico as a foil to deal with major issues that affect Americans today, in this case—outsiders, free speech, war, anti-Semitism, and politics.

In both cases, these novels have been purposefully set in earlier times so as to provide some distance from the current "talking heads" climate that instantly categorizes and analyzes events from a narrow, partisan perspective.

Q: You have another novel, A Bronx Cheer, coming out next year, which you describe on your website as “a modern retelling of the Jacob and Esau story” set in the Bronx and Manhattan. What else are you working on?

A: I’m also beginning what will likely be a novella about a woman whose 1935 high school yearbook contains many warm comments from friends… yet neither her picture nor anything about her is included in the yearbook, although it is clear from the personal notes that she was a classmate.

One particular comment from a young man (who became famous) is cryptic, and leads her son on a path to discover the circumstances in which she died when he was a young boy—which was not only vastly different from what he’d been told, but had implications that he could never have envisioned.