On with our countdown of the top 10 most-viewed posts of the year...here's a Q&A with Terence Winch about his poetry collection The Known Universe, first posted on April 27. 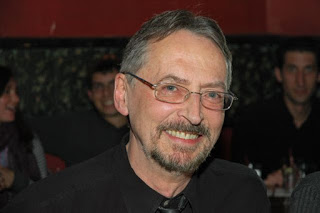 Terence Winch is the author of the new poetry collection The Known Universe. His other books include This Way Out and Falling Out of Bed in a Room with No Floor, and his work has appeared in a variety of publications, including The Paris Review and The New Republic. He is a founding member of the Irish band Celtic Thunder.
Q: Over how long a period did you write the poems in your new collection, and do you see a common thread running through them?
A: Most of the poems were written between the publication of my last book in 2014 and this new book. But I did uncover a few old poems I'd forgotten about ("Saint Patrick's Day 1980" e.g.) and decided to include them as well. 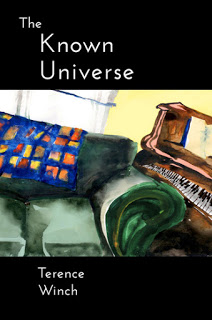 I think it would be easier for someone else to see a common thread in these poems than for me. Sex and death are always primal ingredients in poetry, and my work is no exception. Mortality is increasingly difficult to evade and deny, and I think that reality comes through quite clearly in a lot of these poems. But mortality is also good for a laugh.
Q: How did you decide on the order in which the poems would appear?
A: That for me has always been an intuitive process, depending on my own feel for the flow of the work.
Q: As a musician and writer, how do you see the two coexisting for you in your work? 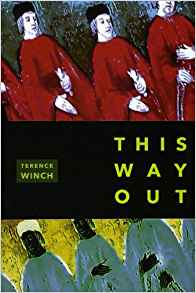 A: The most conspicuous intersection comes through my use of my music life as subject matter for some of my poems ("Dead Stop," e.g.). But I also think that the sense of rhythm and structure in my writing is affected by my being a musician and composer.
Q: Who are some of your favorite poets?
A: As a student, I fell under the spell of Chaucer and Shakespeare, like multitudes before me. I also loved the Romantics, especially Coleridge. As a young poet, I found it hard to resist the New York School, especially Ashbery and O'Hara. From the so-called 2nd Generation NY School poets, Ted Berrigan's work had a real impact on me. 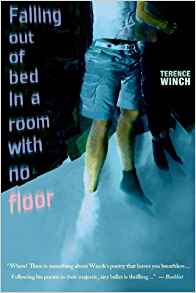 My best friend, Michael Lally, has been one of my favorite people and poets since we met in 1971. Doug Lang, another close friend, is an extraordinary poet whose work is not as well known as it should be.
Lately, I've been reading a lot of women writers---books by Amy Gerstler, Patricia Lockwood, Lucie Brock-Broido (who recently passed away), and two young Irish poets, Elaine Feeney and Sarah Clancy, are all right now piled on my desk.
Q: What are you working on now?
A: I’ve been writing poems pretty steadily since late last year, and I hope that continues.  I blog occasionally for the Best American Poetry site. I think about writing some new songs, but nothing has gotten off the ground.
Q: Anything else we should know?
A: I'm very fortunate to be married to Susan Campbell, who is an amazing painter and designer. If you ever visit us, you will see, in our living room, the real-life version of the couch and piano on the cover of The Known Universe.
--Interview with Deborah Kalb
Posted by Deborah Kalb at 7:33 AM