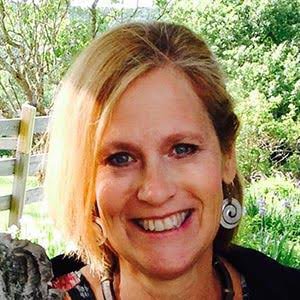 Robin Stevens Payes is the author of Da Vinci's Way, a new novel for kids. It's a sequel to Edge of Yesterday. The series focuses on a girl who travels back in time to meet Leonardo da Vinci. There's an accompanying interactive Edge of Yesterday website that encourages kids to share their storytelling skills and learn more about science and history.

Q: Why did you decide to write a second book about your character Charley, and do you think she's changed at all from one book to the next?

A: I have always known this would be a series. The first book was pretty much a warm-up for the experience of time traveling that sets the stage for future adventures, but it didn’t allow me to do the thing that interests me the most—to put a modern-day girl into the context of such an alien world—our own Planet Earth 500 years ago.

She is changed from the get-go in Da Vinci’s Way: first, she experiences this brain-scrambling ride through time, only to arrive, injured, in an unknown place and time.

She not only has to conquer her fear of the unknown—but she does this under a hail of cannon fire. When she meets this “crazed” man yelling at her, she isn’t even sure what language he’s speaking. And her outfit is totally unsuitable! 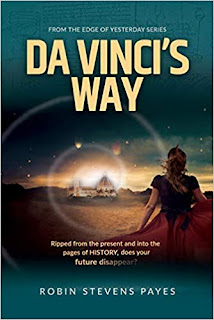 Q: What kind of research did you do to write this second book?

A: I have been researching Leonardo for a very long time. When I began this story in 1992, it was as a screenplay, and I hoped to bring it out as part of the 500th anniversary of the discovery of the New World by Columbus—a period in which Leonardo thrived.

The Web was in its infancy. There were art books and old biographies, but not much else. Now, it seems like there is a whole global fascination with the man, his artistic genius, and his penchant for dreaming and invention.

But the books go far beyond Leonardo da Vinci himself; my goal has always been to create a world. That is much more of a challenge, as the Renaissance was such a break from the medieval times, and the Florence of the late 15th century was changing at a pace never before experienced (at least outside classical times).

Inventions and innovations like the printing press, more accurate mapmaking, increasing literacy and access to books, the widening reach and power of the Church, the invention of banking, trade, transport that could travel across the globe (think the navigators just then landing in the Americas), medicine, art and architecture and the beginnings of science.

It was much later, really, when I read Salman Rushdie’s The Enchantress of Florence, that I gleaned that the Renaissance as “rebirth” was a pretty messy affair undergoing difficult growing pains.

In many ways, it parallels the ways rapid change and systems breakdown (and new technologies) have spurred such innovation in our own times.

Q: Do you usually plot your books out, or do you make many changes as you're writing?

A: For the first book, I wrote it as a screenplay. There was a very definite structure you have to have. It provided an easy point to do the novelization of my screenplay. I created an outline for the screenplay, and it worked for the first three books! 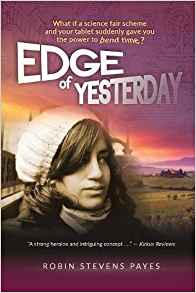 I’m working on book four, [about 18th century French noblewoman Emilie du Chatelet, a mathematician and physicist who was a consort of Voltaire’s,] which started with an outline, and then it went completely off the rails. The characters have minds of their own.

Q: How are things going with the website that accompanies the Edge of Yesterday books?

A: It’s going really well. Everything’s been free and open—there’s great content, quizzes, games, interactive features. Now I’m getting traction with schools and afterschool programs, and I spent the last few months putting a lot of content behind a paywall.

I’m excited—a history class at St. Andrews [in the D.C. area] is going to use Edge of Yesterday in a history project. They’re going to pick topics and write content as part of their history class.

Q: You’ve mentioned that you’re working on a book about Emilie du Chatelet. What more can you tell us about her?

A: The way I set it up is that there was an 18th century French philosopher/mathematician/writer/scientist who translated Newton, provided interpretations of Newton, won prizes for mathematical abilities, laid the foundation for relativity two centuries before Einstein…she was the mother of four, and no one’s ever heard of her!

I was in France this summer, and was in the town where she’s buried, and her tomb is completely blank. There’s no name, date, identification.

A: This phase [of the overall project] seems to be where we’re involved in getting this into the curriculum in schools for middle-school age, primarily.

On the website there’s a section I want to develop as a teen publishing platform. Teens can submit their creative work. It requires some effort on the part of the contributors—it will be curated.

I’m encouraging kids to submit their creative works, and I hope it will morph into teens interacting with one another, with creativity.

--Interview with Deborah Kalb. Here's a previous Q&A with Robin Stevens Payes.
Posted by Deborah Kalb at 6:37 AM