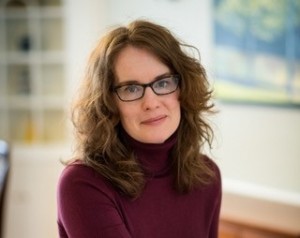 Jane Delury is the author of the new novel The Balcony. Her work has appeared in a variety of publications, including Narrative and The Southern Review. She teaches at the University of Baltimore.

Q: How did you come up with the idea for The Balcony?

A: The idea for the book emerged from a group of stories that I’d written over many years, all taking place in a forest in central France where my ex-husband’s grandparents had lived. One of these stories involved a manor house that had been plundered during World War II. Other stories took place in a cottage.

When I decided to link the stories, I laid them out (literally, on a long table) and saw that these two properties might make up one estate with a manor house and a servants’ cottage.

Q: The book focuses on one house over the course of a century, and a variety of different characters who live there. How did you organize the novel? 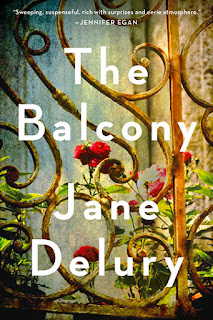 A: The individual stories preceded the idea of a novel-in-stories. In writing The Balcony, I extensively rewrote those original stories to focus on a set of families who had lived in the manor house or in the cottage.

I wrote the opening story, “Au Pair,” early in the process of drafting the book, and this helped me to establish the history of the estate. I could then rewrite the older stories and write new ones based on that history.

A: Setting is extremely important to me as a writer. In particular, I love historical settings or—even better—contemporary settings that show their historical layers. Most of my fiction begins with a character in a particular place, as opposed to a character with another character. Additional characters tend to emerge from the trees as I draft.

Q: Did you need to do any research to write The Balcony?

A: I’d done quite a bit of research already for some of the original stories, most of it “on site” while I was in France. In writing the novel from Baltimore, I spent a lot of time on the Internet, fact-checking myself. Later on, I had a French editor proof the French in the manuscript, and she helped me with some of the research as well.

A: I’m revising the messy first draft of a novel and am also working on some new stories.