Ellen Cassedy is the translator of On the Landing: Stories by Yenta Mash. She also has written the book We Are Here, and translated Oedipus in Brooklyn and Other Stories, by Blume Lempel. Her work has appeared in a variety of publications, including The Huffington Post and Ha'aretz.

Q: How did you come to translate these stories by the Yiddish-language writer Yenta Mash?

A: Years ago, when my mother died, I decided to study Yiddish as a memorial to her. My mother was Jewish (unlike my father – which is where the name Cassedy comes from), and she would sprinkle a Yiddish word here and there into her conversation, like a spice.

Yiddish was the language that my Jewish forebears spoke in kitchens, marketplaces, and meeting halls on both sides of the Atlantic. connecting myself to Yiddish became a way to honor their lives. For me, Yiddish is a holy tongue, and my work as a translator feels like sacred work.

I tackled the work of Yenta Mash as a translation fellow at the Yiddish Book Center, based in Amherst, Massachusetts – a wonderful organization.

What drew me to Mash was the sheer quality of her work. She was a down-to-earth and often witty observer of a changing world, and a master chronicler of exile. 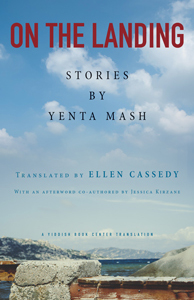 I compare her to other voices of assimilation and resilience – Jhumpa Lahiri (The Namesake), André Aciman (Out of Egypt), and Viet Thanh Nguyen (The Refugees). Her work is keenly relevant today, as displaced people seek refuge across the globe.

Q: How was Yenta Mash viewed during her lifetime, and what do you see as her legacy today?

Once she started, her words came pouring out, and she won immediate acclaim. She published four volumes of short stories, appeared in Yiddish journals throughout the world, and received several literary awards. She died just five years ago, in 2013. So she’s basically a contemporary writer. 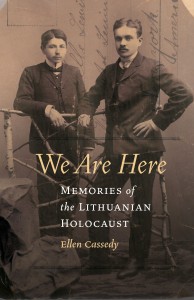 It’s exciting to me to bring her and other previously unknown women writers into the light of day. As we gain access to more and more of these buried treasures, I believe Yiddish literature will take its rightful place in the world, as what has been called “a major literature in a minor language.”

Q: How did you choose the order in which to present the stories, and did you see certain themes running through them?

A: Yenta Mash drew on her own life of multiple uprootings as she told the stories of people who are forever on the move. Her stories trace an arc across continents, across multiple upheavals and regime changes, and across the phases of a woman’s life from girlhood to old age. 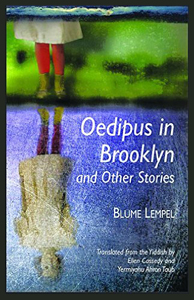 For this collection, I selected stories that reflect all the parts of that arc, and I put them in chronological order. We begin with a story that takes place in Mash’s girlhood, in a vibrant Jewish town like the one in “Fiddler on the Roof.”

We then travel by train and by barge, with Mash and other women prisoners, into the land of Soviet labor camps, into the land called the taiga, with its frozen steppes, snowy forests, and surging rivers.

When the Siberian exile ends, we see how the Jewish community rebuilds itself in the postwar Soviet sphere. And finally, we join refugees from Eastern Europe who struggle to find their place in Israel. We see the challenges of assimilation, and the awkwardness of a land where young people instruct their elders, instead of the other way around.

Even in the most harrowing settings, Mash is somehow inspiring.  Young and old, her characters are solid, sturdy people with a sense of humor. They’re survivors, people who land on their feet. We see relationships forged, inner strength called upon, and a ceaseless wrestling with God.

Q: How was the book's title (also the title of one of the stories) selected, and what does it signify for you?

A: Mash’s characters are always arriving from somewhere or departing to somewhere, embarking or disembarking – always “on the landing.”

A: Only a fraction of all that was written in Yiddish over the past century and a half has been translated. So I’m always on the lookout for gems of Yiddish literature that need to be rendered into English.

I’m also writing a memoir about “raises and roses” – how women office workers began demanding rights and respect in the early 1970s.  There may well be some lessons for our times….

--Interview with Deborah Kalb. Here's a previous Q&A with Ellen Cassedy.
Posted by Deborah Kalb at 5:11 AM