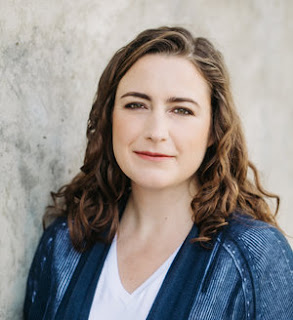 Lydia Kiesling is the author of the new novel The Golden State. She is the editor of The Millions, and her work has appeared in a variety of publications, including The New York Times Magazine and The Guardian. She lives in San Francisco.

Q: How did you come up with the idea for The Golden State and for your character Daphne?

A: I was very interested in describing the experience of being alone with a small child, and to try and narrate what that does to your thought processes.

Daphne is not me, but I tried to imagine a person with more or less my temperament, in a much more straitened set of circumstances. Specially, someone who didn't have her child's father there, and someone with a support network of family or friends around.

Daphne is very much a lone wolf, as my editor put it, but even lone wolves sometimes need assistance when they are raising children.

Q: One of the themes the book deals with is immigration. Why did you choose that as a topic to include in the novel, and how do you feel your characters' situation resonates with recent headlines? 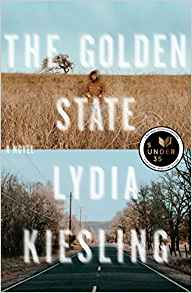 A: I had friends of friends who went through an immigration experience that was similar to the one in the book.

I was very struck, watching them move through our immigration system, by the combination of inefficiency and malevolence that characterized their experience. They had some bad luck, but in some ways the system seemed designed to maximize opportunities for bad luck.

The family in the novel is being separated in a much less violent way than the very literal separations that are occurring at our border right now. But it is still a separation--our policy is not built around keeping families together, and the policies have only become more aggressive and punitive.

A: Funnily enough, it's not my original title for the novel, but after a lot of discussion with my agent I came around to thinking of it as the most appropriate title for the book.

There's some irony built into it. I think that time spent with your child can be some of the best time you will have in life, full stop. But there is a lot of tedium and sometimes misery built into child-rearing, even in relatively comfortable circumstances. I know women who feel a lot of guilt that they aren't enjoying every minute with their kids.

In the same way, California is often positioned as a kind of paradise in American culture, a place you go to start over, but it has a lot of pain built into it, and a lot of very serious political divisions, in its history and today.

A: I didn't!  I wasn't sure what was going to happen until I was about halfway through, something that gave me great anxiety.

A: I'm working on another novel, one that's very different both in content and voice!  This one will have a lot more punctuation!