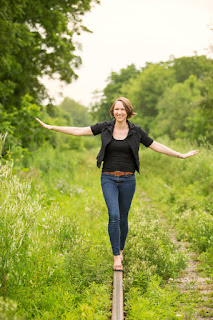 Q: How did you come up with the idea for Megabat and his friend Daniel, and will there be a sequel?

A: I started writing Megabat after my husband, kids and I moved to a new city. We were all more than a little homesick. What’s more, there was a weird leak our new roof. Water was dripping from the ceiling onto the main floor, but everything was dry on the two floors above.

Naturally, I jumped to the logical conclusion: maybe there was a fruit bat hiding somewhere in the walls and it was crying because it was homesick too. 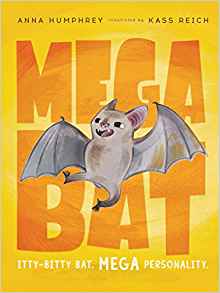 What can I say? The brain of a fiction writer can be a strange place. In any case, Megabat was born. And yes, there will be sequels. Look for Megabat and Fancy Cat coming in April of 2019 and at least two more books in the series after that.

Q: Your third book featuring your character Clara Humble has also recently been published--why did you focus this one on cats?

A: I love everything about cats: their indifference, their playfulness, their righteousness and independence. I was pretty sure Clara—a girl who speaks her mind and thinks highly of herself—would relate strongly to cats, too.

Also, since Clara draws a cartoon about a high-tech cat named @Cat throughout the series, a book about real cats for the series finale felt like a natural fit.

Only, this time, instead of drawing comics about her feline hero, Clara is working on storyboards… because she’s busy saving stray cats while writing and directing the greatest internet cat video of all time. It’s a tall order, but Clara Humble is all about tackling tall orders. 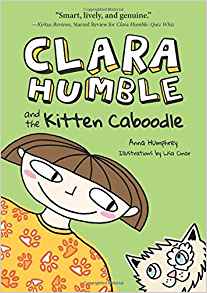 Q: What do you think the illustrations--by Kass Reich and Lisa Cinar respectively--add to the books?

A: When it comes to Megabat, Kass Reich’s illustrations added a softness and warmth to the book that I couldn’t have imagined. Megabat’s shenanigans sometimes have a cartoon quality, but the realism and unbridled cuteness of Kass’s work tone that down and give the story more of a heart-squish feel.

As for Lisa Cinar’s work, it goes in the complete opposite direction, and I love that about it too. It’s a loose, quirky, cartoony style that I think really captures Clara’s off-kilter sense of humor and way of seeing the world.

Q: Who are some of your favorite children's book authors?

A: There are many… but, off the top of my head: Gordon Korman, Kate DiCamillo, Sheree Fitch…

I’m trying to write a fictional kids’ book about mites and microbes and tiny things. I have no idea if it’s going to work. For example, maybe right now you’re wishing that I never told you about your mini eyelash spiders… and if that’s the case, this idea might make for the most unpopular book ever. I guess I’ll find out!