Edward G. Lengel is the author of the new book Never in Finer Company: The Men of the Great War's Lost Battalion. The book focuses on four men and their experiences during World War I. Lengel's other books include To Conquer Hell and Thunder and Flames, and his work has appeared in a variety of publications, including Military History and Military History Quarterly.

Q: Why did you choose the "Lost Battalion" as the subject of your new book?

A: This is the most compellingly personal story of America’s participation in the First World War. It reveals all the qualities of the human spirit in adversity, and makes this vast global conflict that took place 100 years ago real and relevant to us today.

The deeds of the Lost Battalion became legendary in the United States—but the story, and the way that Damon Runyon told it, helped to redefine the meaning of the word American. 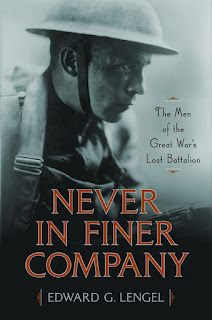 Q: You note that Alvin York was a cousin of yours and has been an inspiration to you and your family. How much did you know about him from family members as you were growing up, and did you learn anything about him in the course of researching the book that especially surprised you?

A: My mother’s family came from the same borderland region of East Tennessee/Kentucky in which York was born and lived, and I know it well.

My mother, who was born in the same log cabin where Civil War guerrilla Champ Ferguson was born, knew where York used to go drinking before he experienced his religious conversion.

I think this provided some insight into York’s complexity. He was a man of deep faith, but the memories and habits of his violent past—which are deeply imbued in the culture—were never far below the surface. 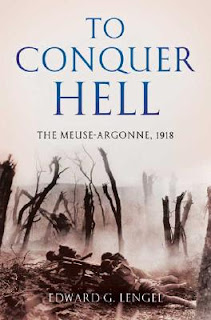 I believe that York was deeply fearful—not of the enemy, but of himself, and who he would become under the pressure of combat. And yet, to me, York is a deeply inspiring figure—one who managed after the war to turn pain into positive through his dedication to helping others.

Q: How did you choose the other three men on whom you focus in the book, and what do you see as their legacies--and York's--today, 100 years after the end of World War I?

A: Charles Whittlesey and George McMurtry were the two leaders of the Lost Battalion. Each was a child of privilege, but utterly dedicated to service and demonstrated tremendous heroism under fire. Each received a Medal of Honor for his conduct. And each struggled with his memories of what happened in combat.

Damon Runyon, the brilliant and flamboyant sportswriter, was an unlikely hero who braved enemy fire to reach the front and report on the doughboys. His telling of the story of the Lost Battalion ensured that it would become an American legend. 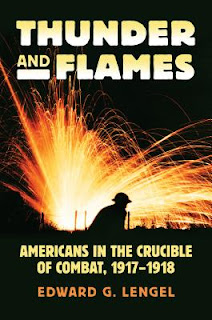 A: When the Lost Battalion marched out of the Argonne Forest to freedom, Whittlesey said to York, “George, we will never be in finer company than we are today.” After the war, McMurtry repeated these words every year in a toast to the Lost Battalion Survivors’ Association.

A: I’m sticking with my ongoing fascination for how men and women experience the intense, unprecedented and transformative, by looking at a particular married couple who experienced some of the world’s most dramatic events in the first quarter of the 20th century.

--Interview with Deborah Kalb. Here's a previous Q&A with Edward G. Lengel.
Posted by Deborah Kalb at 6:41 AM