Marjorie Herrera Lewis is the author of the new novel When the Men Were Gone. It takes place during World War II, and focuses on the real-life story of a woman who coached her town's high school football team. Lewis has been a sportswriter and also a football coach. She lives in Fort Worth, Texas.

Q: You note that you first heard about Tylene Wilson from her great-niece. How did you end up writing a novel about her?

A: In the instant that I heard of Tylene's existence and what she had done, I knew I would write a book. What I thought at the time was that I'd write a biography, considering I've been a career sportswriter.

After about three years of research -- off and on -- I discovered I had many parts but not one whole. The story had been lost to time. I decided to write a novel so I could memorialize what Tylene had done through fiction, with threads of reality throughout, and bring Tylene's story to life.

Q: What did you see as the right blend between the historical Tylene and your fictional creation?

A: It was important to me to accurately represent Tylene, the human being, so I remained true to her character, to how she lived her life and to who she was. I then took the pieces of what I knew and wrapped a story around them. The real, historical Tylene remained the same. 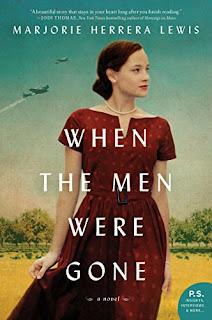 I'm very protective of her legacy as a person, and I remained faithful to that protection. I knew she wanted to be a mother very badly, so that's a major thread within the story. I knew she had learned football from her father. I knew John was incredibly supportive of her in all endeavors -- academically, professionally, personally, and athletically.

Many of the anecdotal moments really did happen, but I had to weave them into a fictional narrative.

Q: You also have been a football coach as well as a sportswriter. What impact did Tylene have on your own career?

A: Having been a sportswriter provided me with the instant connection to Tylene.

What she did for me was inspire me to become a football coach. I became inspired while doing the research and the writing, so -- 113 years after her birth -- Tylene's life inspired me to do something few women, still, do in the 21st century. I became a college football assistant coach only because of Tylene Wilson.

I discovered that Tylene was far ahead of her time and her husband, John, was supportive of it, also a rare quality of a 1940s man.

My research included reading old newspaper clips, reading books set in the 1940s, reviewing records, talking to people who lived in Brownwood, Texas, at the time, and of course, getting as much detail as possible from her grandniece.

A: I have been doing research on a few ideas, but I have not settled on anything specific just yet.

A: I'm thrilled that as a result of my research and writing, the Brownwood school district has renovated a press box room at its football stadium, which it shares with Tylene's college alma mater, and named it the Tylene Wilson Room.

To my knowledge, it's the only football stadium in the country that bears the name of a female graduate of the high school and college who coached football there, as well. This just warms my heart.