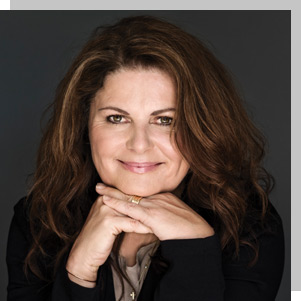 Sara Blaedel is the author of The Midnight Witness, now available in the United States. It's the first book in her Louise Rick mystery series. Her other books include The Forgotten Girls and The Daughter. Originally from Denmark, she lives in New York.

Q: The Midnight Witness is the first in your series featuring Louise Rick and Camilla Lind. How did you come up with the idea for these characters?

A: I started my career as a journalist, and had been captivated, from early in my life, by suspenseful and mysterious stories. I was an avid reader from young childhood, and even then, was always in search of compelling stories in which I became invested and involved, whose characters were well-developed and organic - who came to life, breathed air - whom I believed were real and allowed under my skin.

And so, when I decided to take the terrifying jump into writing a book for the first time, I went with what I loved and knew. I tried to create these women who were tough and able and skilled, but also vulnerable and flawed real people readers would care about and relate to.

Q: When you look back at this first book, do you think the friendship between Louise and Camilla has changed over the course of the series?

A: Absolutely! As relationships in real life do. I always endeavor to treat all of my characters like authentic people who exist; whose lives are journeys.  And so, they would go through ups and down, as would their relationships. 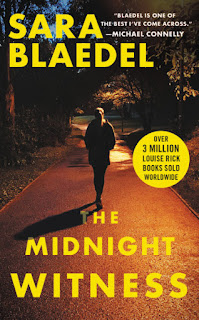 Characters, like people, should grow and evolve. We go through peaks and valleys and our situations change. During certain of life’s passages, we might live near or work with friends, or have relationships that overlap, leading us to spend more time together, and so, of course, things get more intense and closer during those periods.

Then we might change jobs or home cities or marriages, etc., and some physical distance follows, which might impact those friendships. We might disagree or have a fight; we might get busy and have less time for one another, but it’s all fluid and hopefully, we mend broken fences and commit to making time for those we love and value.

Q: What kind of research did you do to write The Midnight Witness, and did you learn anything especially surprising?

A: Research is a huge part of the work I do - always has been. I love every single second I spend digging into characters, setting, professions, procedurals - whatever the case may be. 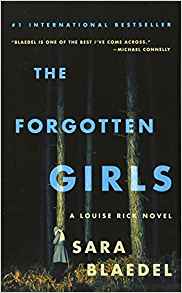 As both a reader and an author, I insist upon authenticity. I think it is crucial for a writer to understand the elements of the stories they’re telling. That includes everything from the work their characters do, the cities they live in or travel to, and their personalities and decisions.

I’ve developed friendships with investigators and police officers because of the time I’ve spent studying them and picking their brains (so many have been so good to me- so generous with their time and knowledge!); I’ve traveled to the locales where my storytelling has been set, and stood where my characters stand, and looked out of the same windows, eaten the same food, heard the same sounds.

I’ve studied police and legal procedurals and do so with each new book, updating, expanding my understanding, and trying to capture the worlds I am sharing with my readers honestly and authentically.

Q: Why are the first several Louise Rick novels being issued in the U.S. in new editions right now? 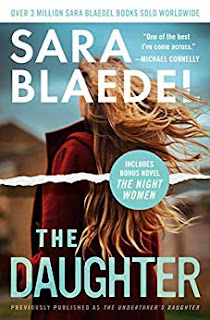 A: I was so fortunate to have interest from American publishers years ago, who embraced Louise and Camilla. After the release of a few of the recent volumes in the series, I was asked to introduce American readers, who have been so wonderful and lovely, to the genesis of the series, and so we did some work to update and polish the translations, and here we go!

A: I am having such a wonderful time writing and researching and conceptualizing about new projects. I am now deep into edits on the third in my Undertaker’s Daughter trilogy, my first series ever to be set in the United States.

What a journey and thrill it’s been to bring my storytelling across the ocean and here to the States. My visits to Racine, Wisconsin, where this series plays out, have been rewarding and enlightening and altogether lovely. The translation is under way, which is so exciting!

A: Just that I am super-excited and incredibly grateful to my American readers and publisher, who have welcomed me so warmly and been so supportive. Over the last few years, I’ve fallen in love with the United States; I have a home in New York City now, which is a wonderful treat; I divide my time between Denmark and the U.S.

I’ve traveled across the country, meeting and getting to know so many amazing Americans. From Racine to Miami, and everywhere in between, it’s been a joy and an honor. I can’t wait to get back together with you all soon!

--Interview with Deborah Kalb. Here's a previous Q&A with Sara Blaedel.
Posted by Deborah Kalb at 7:00 AM