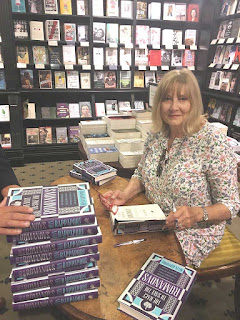 Helen Rappaport is the author of the new book The Race to Save the Romanovs: The Truth Behind the Secret Plans to Rescue the Russian Imperial Family. Her many other books include The Romanov Sisters and Caught in the Revolution. She lives in West Dorset, England.

Q: You write that after completing several other books on the Russian Imperial family, "I really thought I had come to the end of my written love affair with the Romanovs and Russia." What made you decide to write this new book about them?

A: I wrote two previous books on the Romanovs, then a book about Lenin in exile and one on Petrograd in 1917 for the anniversary of the revolution, but by the time I got to the end of this last book I felt there was still one niggling unanswered question re the Romanovs that I needed to explore – if only for my own satisfaction.

This was – why could nobody save them? And I mean nobody, not just King George. I had never ever believed it was all down to him – either to offer a refuge or get them out. There were many complex factors involved and I felt that they had not been properly explored–ever. 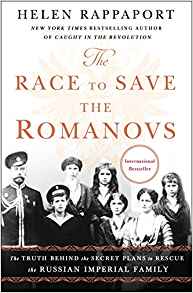 Instead people have repeated that same tired old accusation that King George “betrayed” them. Yes, he failed the family, but so did many others and I wanted to open the subject up for a more balanced view.

Q: What did you find especially fascinating in the course of your research for this book?

A: Not fascinating – I was appalled by how many people involved got cold feet, abdicated responsibility in one way or another and repeatedly passed the buck.

I was also shocked to see the extent to which the whole evacuation/asylum issue was vetoed from day one by the Petrograd Soviet. If anyone has real responsibility for the Romanovs not leaving Russia it is them.

Had they not blocked the initial discussions by Brits and Provision Government, the family could have been quickly evacuated before King George changed his mind. 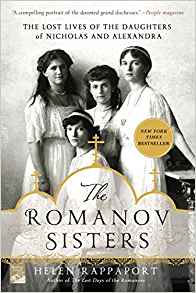 Q: How would you characterize the relationships between the Romanovs and their royal relatives in other European countries, and why were those relatives reluctant to help them?

A: The Romanovs had been extremely isolated politically since the 1905 events of Bloody Sunday. They were pariahs in Europe politically and not in close contact really with their royal relatives for security and other reasons.

The main problem though was the war, which had forced their royal relatives to take sides, while others were struggling to remain neutral. All these countries had their own internal political problems and they all privately shared George’s view that to take the Romanovs in would have been very politically compromising.

It’s just they kept shtum about it – so all the blame was heaped on George. Even King Alfonso knew what a risk it was for him to try and help, which is why in the end he enlisted the Vatican in last-ditch appeals – but alas too late.

Q: What accounts for the ongoing interest in the Romanovs a century after their deaths? 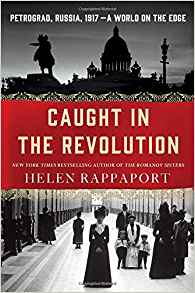 A: Well, there has always been a general abiding fascination with royalty, Russia and the gorgeous wealth of the palaces, the old tsarist regime, etc.

But in the case of the Imperial Family I am quite certain it is the children that keep everyone interested. The tragedy of Alexey and his haemophilia, those four lovely girls. The memory, and the fascination they exude is kept alive by all the marvellous photographs of the family.

The girls have become immortal – symbolic of the lost innocence of another world. That is why we love them and mourn them. I don’t think it would have been the same fascination had Nicholas and Alexandra not had those five extraordinary children.

A: I’m exhausted after 15 books in 20 years and am taking a break and considering my options. Almost certainly I shall be taking a break from Russia and certainly from Romanovs and going back to my other favourite subject – the Victorians.

A: I was saddened that the Romanov centenary in July did not receive the coverage that I had hoped it would in Western media. It was all rather overshadowed by the Trump/Putin summit, which was a terrible shame.

And even sadder and frustrating was the total wasted opportunity of the Amazon Prime series The Romanoffs, which used the Imperial Family as a cheap and specious premise for a very expensive but pointless series that had nothing at all to do with the family. What I would give to be able to tell their story in a proper documentary series for TV.

--Interview with Deborah Kalb. Here's a previous Q&A with Helen Rappaport.
Posted by Deborah Kalb at 7:43 AM