Roberta Beary is the co-editor of Wishbone Moon, a new anthology of haiku by women poets. Beary's work includes the poetry collections Deflection and The Unworn Necklace.

Q: How did you and your co-editors come up with the idea for Wishbone Moon?

A: For years, I’ve longed to see a haiku anthology of women poets from around the world. I’ve known of other women haiku poets who attempted to get such an anthology published without success.

In the past 10 years three publishers approached me about editing a women’s haiku anthology. I’d worked with one of them, Jacar Press, on the haiku anthology 7.

I liked the community-active philosophy behind Jacar Press and knew founder Richard Krawiec as committed to the idea of publishing and promoting a high quality anthology of haiku by women. He gave me free rein to ask two other editors to join me, and Ellen Compton (USA) and Kala Ramesh (India) immediately agreed to come on board as co-editors. 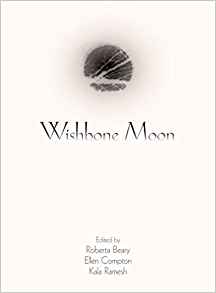 After two years of hard work by the three of us, Wishbone Moon appeared in mid-2018. It is hard to describe my feelings when I hold a copy in my hands.

Q: How did you select the poets to include in the anthology, and did they write these haiku specifically for the book?

A: The three of us consulted women journal editors and haiku leaders around the world. We asked them to identify women whose work they regarded highly and then sent letters to those nominated requesting they send us their very best work.

Once we received their haiku, most of which was previously published, we established a voting system to ensure fairness in the final selection of haiku for Wishbone Moon, limiting each poet to a maximum of three. 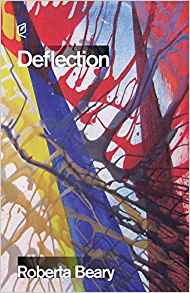 Q: Do you see common themes running through their work?

A: We didn’t suggest any themes. We felt that doing so would limit the work selected. Our goal was to showcase the breadth of high quality haiku by women from around the world.

Although we didn’t have any themes, as editors we agreed to dedicate Wishbone Moon to the memory of Marlene Mountain, a pioneer haiku poet, artist, and feminist who died in 2018.

A: I and my co-editors nominated a range of haiku that we felt had an interesting image which could serve as an appealing title. We agreed Beverly Acuff Momoi’s haiku filled the bill: my father left me/this dark thirst/wishbone moon. For me this haiku has layered meanings, life’s impermanence, an unnamed longing, a wish upon the moon. 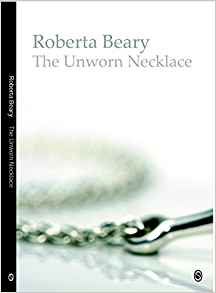 A: I have a collection of flash fiction in the works as well a flash novel about my grandmother’s early 20th century emigration from County Monaghan, Ireland, to Brooklyn, New York.

I’ve recently completed a chapbook of haiku and haibun (prose poems with haiku). I am also working on my second full-length haiku collection. In addition, an Israeli press is preparing a Hebrew translation of my haiku and haibun.

A: The biographies of the Wishbone Moon poets, women from six continents, are a fascinating read. Work by each of the three editors (Roberta Beary-Ireland, Ellen Compton-USA and Kala Ramesh-India) is also included. We placed our haiku after the biographies as we felt it  important to highlight the 100+ haiku by very diverse and exceptionally talented women.

Copies of Wishbone Moon are available from Jacar Press as well as from Amazon.

--Interview with Deborah Kalb. Here's a previous Q&A with Roberta Beary.
Posted by Deborah Kalb at 6:54 AM