B.A. Shapiro is the author of the new novel The Collector's Apprentice. Her other novels include The Art Forger and The Muralist. She has taught sociology at Tufts University and creative writing at Northeastern University, and she lives in Boston and Florida.

Q: You write that the characters in The Collector's Apprentice were "loosely inspired by the lives of the art collector Albert Barnes and his assistant, Violette de Mazia." What first interested in you in them, and why did you decide to focus this novel around versions of them?

A: I visited the Barnes Foundation (Albert Barnes’s art museum outside of Philadelphia) in my 20s and was completely taken by the post-Impressionist artwork and the story of his brilliance and eccentricities as well as the mysteries surrounding Violette de Mazia.

This interest only grew as a fight ensued between the Barnes and the city of Philadelphia, which tried—and ultimately succeed—to move his collection from the suburbs into the city against his preferences clearly outlined in his will. 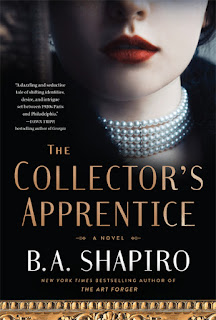 Q: What kind of research did you do to write this novel, and did you learn anything especially surprising?

A: I did all kinds of research including interviews, site visits, extensive reading and museum visiting, etc., and became even more fascinated with both the characters and the artwork. One surprising thing was that even an ironclad will can be broken with enough time and political pressure.

Q: The artist Henri Matisse plays a big role in the novel. Why did you choose to focus on him in the book?

A: Henri Matisse may be my favorite artist of all times. I just love his colorful and bold works. I wanted to know more about him and making him a major character gave me that opportunity. 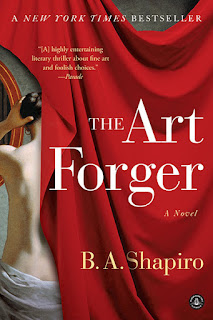 Q: You tell the story from two characters' perspectives. Was that your plan from the start, and did you know how the novel would end before you started writing it?

A: When I started the book I thought there would be two points of view: Vivienne Gregsby (Violette) and Edwin Bradley (Albert Barnes). Edwin’s POV didn’t pan out and as Vivienne’s grew, I realized I need a strong antagonist who was worthy of her.

That’s where George—I love him and hate him—came in, including all his cons and her counter-cons.

I knew how the novel was going to end when I began, but it didn’t turn out that way. Almost never does. 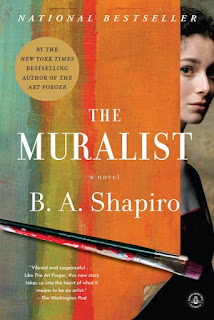 This one takes place in the present day, has seven viewpoint characters who are linked through the self-storage units they rent in a medieval-style building in Cambridge, Massachusetts.

They are rich, poor and in-between, they are black, white and brown, they are Christian, Jewish and Muslim, and they would never have come in contact with each other without the randomness of their storage units—and the secrets and mysteries that ultimately draw them into each other’s lives.

--Interview with Deborah Kalb. Here's a previous Q&A with B.A. Shapiro.
Posted by Deborah Kalb at 8:24 AM