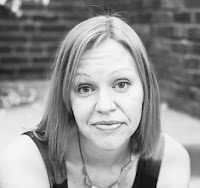 Mindy Mejia is the author of the new novel Leave No Trace. She also has written the novels Everything You Want Me To Be and The Dragon Keeper. She lives in the Twin Cities.

Q: How did you come up with the idea for Leave No Trace, and for your character Maya?

A: I came across this article about the Ho Van family, a man and his son who lived in the jungles of Vietnam without any contact with humans for 40 years, and I was fascinated by what it must have been like for Lang, the son, to join society for the first time as a grown man.

That’s where the original idea for Josiah and Lucas Blackthorn was born, but I knew neither of them would be willing to tell their own stories. I needed a narrator who could make a connection with Lucas, a really unique person who understood violence and loss and who would be compelled to solve the mystery of their disappearance. That became Maya. 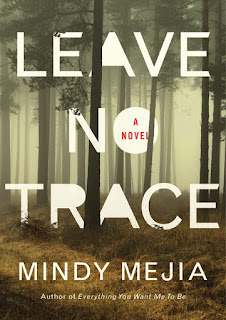 Q: The book centers on issues of mental illness. Why did you include that as a topic in the novel?

A: From Peter the Wild Boy to Christopher McCandless, whenever people have left society for the wilderness, there is a persistent assumption of mental illness, the idea that something must be wrong with them.

However, when the Ho Vans resumed village life in Vietnam they had to be treated for depression. It wasn’t the wilderness that adversely affected them, it was human society.

I wanted to explore mental illness through a variety of character perspectives and experiences, to show as nuanced a picture as I could. 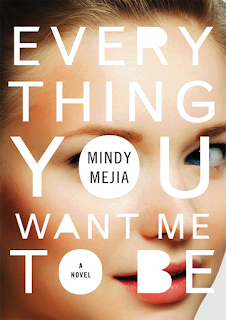 Leave No Trace was actually my title for the novel. (Hurray! I got to name my own book! Haha. It doesn’t happen every time, so I celebrate it when I can.) “Leave No Trace” is the official motto of the Boundary Waters Canoe Area Wilderness, the guiding principle for all campers who obtain permits to enter the park.

As a camper, it means you have to bring out everything you brought in. You paddle out with all your trash, food, and any other evidence of your time in the Boundary Waters, to allow future campers to experience the same pristine wilderness.

For the book, the title also speaks to the disappearances and abandonment framing the plot.

Q: The novel is set in northern Minnesota. How important is setting to you in your work? 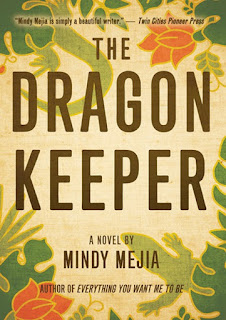 A: Writers always talk about the importance of character, but to me setting is even greater than character. It’s formative. The setting, both natural and constructed, is what determines whether a character can flourish or not. It molds them in ways they rarely understand, but as an author I’m always conscious of it. Every story is as much about setting as it is about people.

A: I’ve come home to the Twin Cities for my fourth book. A forensic accountant races to find $20 million that’s gone missing from an elite kickboxing gym, and becomes dangerously involved in the toxic marriage between the two powerful owners.

A: In addition to writing thrillers I’m also a CPA, and I’ll be launching a brand new blog series on my website soon called Tax Advice for Writers. I know most writers get uncomfortable with 1040s and I want to help. So stay tuned to my site, because I’ll have that information up in time for tax season.

Thanks for interviewing me, Deborah!

--Interview with Deborah Kalb. Here's a previous Q&A with Mindy Mejia.
Posted by Deborah Kalb at 6:47 AM