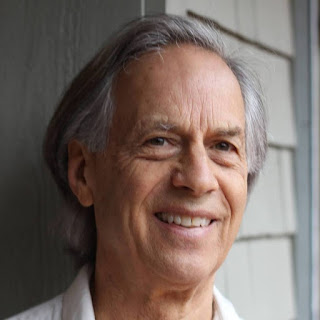 John Thorndike is the author of the new novel A Hundred Fires in Cuba, which is partly based on the life of the Cuban revolutionary leader Camilo Cienfuegos. Thorndike's other books include The Last of His Mind.

Q: How did you come up with the idea for A Hundred Fires in Cuba?

A: In 2005 I looked after my father during his final year with Alzheimer’s. I wrote about that in The Last of His Mind, and even as I worked on that memoir, I knew that next would come a book about my mother. Not another memoir, but a novel, which would let me explore her intimate and emotional life. The Cuban Revolution and Camilo Cienfuegos, long a fascination, became the carriage for her story.

Q: What did you see as the right blend of the fictional and the historical when writing about Camilo Cienfuegos?

A: My first rule was to change as little as possible about Camilo and his life. In a novel about a character who actually lived, I can add scenes and events, but I shouldn’t try to change history. 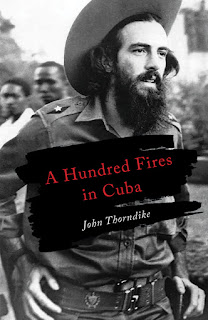 A: I went to Cuba. I read everything about Camilo I could get my hands on. I found William Galvez’s massive tome on Camilo in an outdoor stall in Havana. After shelling out a hundred bucks for the lone copy available on Amazon, I read Carlos Franqui’s slender but telling biography. That’s where I discovered that Camilo had once enlisted with the U.S. Army! That’s not a detail anyone talks about in Cuba.

Q: You tell the story from both Clare's and Camilo's perspectives. Did you write the chapters in the order in which they appear in the novel, or did you focus more on one character and then turn to the other?

A: I pretty much followed chronology, working back and forth between the characters. The original path of the novel, however, changed several times, and the book doesn’t start where it once did. I think this happens to many writers, when we find we’ve started things too early, and a better start for the book is 50 pages in.

A: After all the focus on my mother, she escaped me, as Clare slipped into a different world. It was a great adventure, but not the one my mother actually lived. This unfolded slowly as I wrote the book, and before I finished A Hundred Fires in Cuba, I was already thinking of the next novel, which will cleave more tightly to the life of Virginia Thorndike.

A: Of all the notable players from the Cuban Revolution, Camilo Cienfuegos is the only one looked on with favor by both the Cuban government and Cuba’s exile community. In Cuba he’s revered, and in Dade County he’s recognized and respected. When his name is mentioned, whether in Havana or Miami, faces light up. And no wonder, for what a charismatic guy he was.