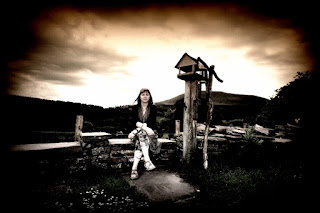 Paula Brackston is the author of the new novel The Little Shop of Found Things. Her other novels include The Witch's Daughter and The Winter Witch. She lives in Wales.

Q: How did you come up with the idea for The Little Shop of Found Things, and is this the start of a new series?

A: I have always loved delving around in antique shops or attending auctions. Sometimes you can get a really strong sense of the history of an object just from holding it. I can’t help being curious about its story.

I heard about the gift of psychometry a while back and thought it would make a perfect way for a character to explore those stories. Psychometry allows a person to detect hidden information about an object when they touch it.

Yes, this is Book I in what is planned as a continuing series, so the story and the characters will go on in the next book.

Q: What kind of research did you need to do to write the novel? Did you learn anything that especially surprised you?

A: I decided I really had to spend some time exploring Marlborough and the county of Wiltshire. This meant I was compelled to go on several gruelling research trips, staying in gorgeous manor houses or country cottages, eating in ancient inns, walking in the beautiful countryside. Tough work! 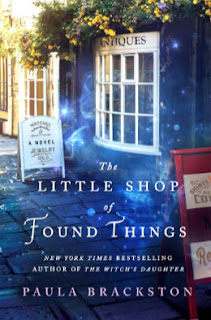 I’m used to writing historical fiction, so I’m comfortable researching the eras specific to my story, in this case the early 1600s. The Witch’s Daughter was partly set in 1627, so I was familiar with how people lived in that time.

What I did have to spend some time learning about were the complicated politics of the era and ever-changing laws regarding religion. What one decade kept you in favour, the next could get you locked up as a traitor. I wanted to give a sense of what it would have been like to live in such a state of flux.

And people’s lives were hard. The gap between rich and poor was keenly felt. These were the times that gave rise to the civil war later that century, after all.

And then of course there were the antiques. My OH took some convincing that I needed to keep going into antique shops and actually buying some of the fascinating things I found, but he understands how much that helps inform my stories. Sadly, my budget didn’t stretch to a silver chatelaine like the one featured in The Little Shop of Found Things!

A: As this is the first book in a continuing series it was important that I planned well beyond the end of the first story. This meant I had to have a fair amount of certainty about how this one would end. 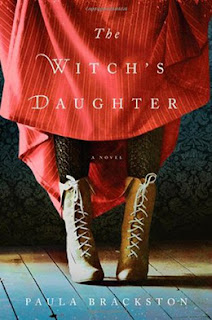 Of course, that doesn’t mean things didn’t change as I went along. I find the writing process - however tightly you think you’ve mapped things out - has a way of taking you off at a tangent, or throwing up new ideas.

Some of these have to be firmly shouted down, while others are just too good to be passed up on, and have to be worked into the original plan somehow.

Q: What do you see as the right blend between the magical and the realistic in your writing?

A: This is something I spend a great deal of time working on in all my books. My aim is to make the magic easily acceptable as an authentic part of the story. I love it when readers get in touch about my books and say they don’t usually read fantasy but in my stories it didn’t feel “unreal.”

That’s what I’m aiming for: that sense of magical things happening in a way that is not only plausible but almost expected because of the way the characters and their stories have been crafted.

The key is to make plot developments, actions and magical happenings fit the world you have created. As long as you have set things up convincingly, readers will go with you. My own mother insisted one of my books didn’t have any magic in it until I pointed out that one of the characters transforms into a hare! It had felt so “normal” within the story it hadn’t stood out as magical in a made up sort of way.

A: Book II! I’m just putting the finishing touches to it. This one picks up the story where Book I left off, so people wanting to discover what happens next will be able to find out. It should be available in October 2019. I am also mapping out Book III.

As there are mysteries and puzzles that go beyond the reach of a single book, I need to work some of these out while they are fresh in my mind, and so that clues can be put where they need to go. I’m really enjoying being able to stay connected with the characters in The Little Shop of Found Things this way.

A: Like many authors, I write under more than one name. Readers might be interested to know that I write comic-crime-historical-fantasy novels, starring Detective Gretel and set in 1770, under PJ Brackston.

In addition, I have a new work coming out in April 2019 - my first venture into literary fiction. It is called God’s Children and I am using the pen name Mabli Roberts. It is mostly set in 1891 Siberia.

Also, I now have my own little YouTube channel! I make videos telling people about my books and my writing processes, as well as ones giving advice about Creative Writing. I also run giveaways. You can find me here or on Facebook or my website.