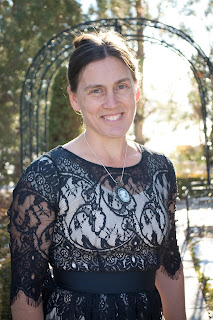 Mette Ivie Harrison is the author of the new mystery novel Not of This Fold, the fourth in her Linda Wallheim series, which also includes The Bishop's Wife and His Right Hand. She lives in Utah.

Q: How did you come up with the idea for your new Linda Wallheim mystery, Not Of This Fold?

A: My editor and I sat down at Bouchercon 2016 and shook out some basic ideas. I'd been wanting to talk about race and Mormonism for a while, and considering the political climate, it seemed like an apt time.

It was the first time I outlined a book before writing it, and I remember working feverishly on it on the plane ride home. After the election, there were some significant changes that had to be made, however: first my assumption that Hillary Clinton would win, and then my assumption that talking current politics was a good idea in a novel series.

Q: This is your fourth novel about Linda Wallheim. How do you think she's changed over the course of the series? 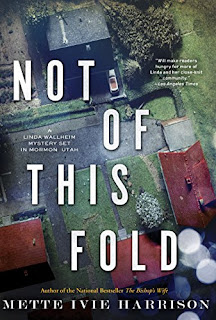 A: Linda has become angrier about the lack of social progress in the Mormon church, especially since For Time and All Eternities, set after the new policy excluding same-sex married couples and their children from participation in the church.

However, I decided that I wanted to let Linda stay Linda, even though my own journey is probably moving away from Mormonism, so I introduced the character of Gwen Ferris as a foil to Linda.

Q: In your Afterword, you acknowledge Mormon Women for Ethical Government (MWEG). For those unfamiliar with the organization, what role has it played over the past couple of years?

A: MWEG was founded by several women who are connected to my writing life: Sharlee Glenn, a children's writer, Melissa Dalton Bradford, a friend of mine from my old grad school days in Germanic Literature and also a writer, and Linda Hoffman Kimball, another children's writer and illustrator. 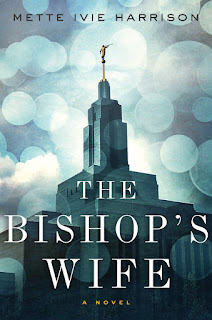 They champion ethical government for women on both sides of the political spectrum and have been involved in helping local immigrants from being deported, as well as multiple letter-writing campaigns to call for maintaining health care for marginalized and poor communities, and recently wrote Republicans to ask for Christine Blasey Ford to be heard in the Kavanaugh hearings.

They've also encouraged Mormon women to run for office in Utah and other places, provide support and connection for those Mormon women who are troubled by Trumpism, and have a book out, The Little Purple Book, that explains their non-violent peaceful philosophy of political engagement.

A: Sometimes titles just come to you, and sometimes they don't. This one was immediately the "right" title for the book. The phrase comes from The New Testament, but also from The Book of Mormon, where it refers to the Lamanites (who became the American Indians according to the Mormon scriptures) who received a visitation from Christ after His resurrection. 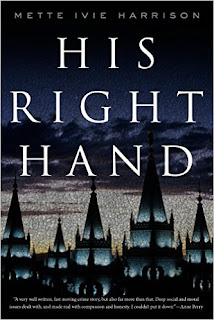 A: I'm always working on multiple things. I just turned in a good draft of book five in the Linda Wallheim series and need to get going on book six.

I've also got a couple of other murder mysteries that are set in Mormon culture but don't have Linda as the main character. One is a possible new series with a Mormon female serial killer. The other stars a polyamorous post-Mormon family in a comedic "Arsenic and Old Lace" style mystery.

A: I very nearly dedicated the book to Ordain Women, the organization founded by Kate Kelly (who was excommunicated for her feminist activism) to call for women to have more leadership roles in Mormonism. As it turned out, the book veered away from feminism and toward racial issues and politics, but I’m looking for a book to dedicate to OW soon.

--Interview with Deborah Kalb. Here's a previous Q&A with Mette Ivie Harrison.
Posted by Deborah Kalb at 6:46 AM