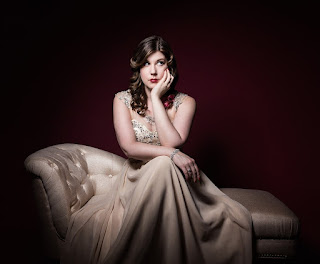 Maureen Johnson is the author of the new young adult novel The Hand on the Wall, the third in her Truly Devious mystery trilogy, which includes Truly Devious and The Vanishing Stair. Her work has appeared in a variety of publications, including The New York Times and Buzzfeed. She lives in New York.

Q: In a recent interview with Publishers Weekly, you said of writing a mystery trilogy, "I will never do this again. All my future mysteries will be contained in one book. That’s the correct way to do it." Why is that?

A: In the traditional rules of mystery writing, it’s only fair to solve the mystery in one book. It’s sort of the assumed compact. I wanted to abide by that as much as I could while still doing a three-book mystery—I just had a lot to cover! 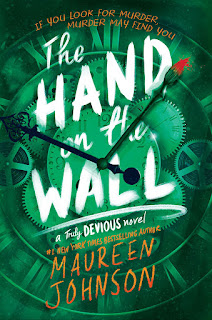 That being said, I want to go back to the old rule because…well, I just do. I am a real mystery traditionalist.

Q: Do you think this third volume emerged more or less how you'd planned it from the beginning, or did some things change along the way?

A: Things always change, but the solutions and the framework had to stay the same. Because it was critical to know where everyone had to be, to have a grasp of all the details, things stayed a lot more according to plan than most of my books. Mysteries are more rigid. They are all about the details!

Q: You've created a fascinating world in Ellingham Academy, particularly when a blizzard hits the school. How important is setting to you in your writing? 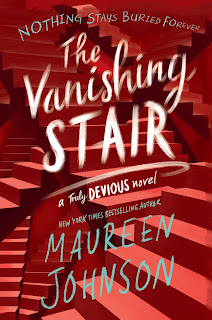 A: Hugely. I am a map-loving writer. I use them. I draw them. I consult them constantly. This is a book about structures and tunnels and blind ends. The architecture of the school plays a massive role. I even used it as a weapon. I draw things out. I take measurements. Secretly, I must want to be a cartographer.

But a lot of classic mysteries are like that. You have the mansion, the island, the English village. They would frequently include hand-drawn maps of the murder locations. I love that.

Q: The novel includes a villainous politician--how do you see Senator King fitting in with today's politics? 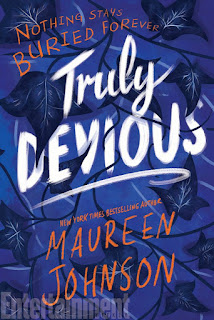 A: It feels impossible to write a book that takes place in anything resembling the actual world right now and not acknowledge the political atmosphere. Politics aren’t something over there. Politics are about environment, and identity.

And mysteries are ultimately about justice—catching the evildoer. So not having something of this in the book would ring false to me. Edward King will be easily recognizable. I can’t discuss much of his ultimate role in the story because that is a massive spoiler, but suffice it to say, he plays a part.

Q: What are you working on now? Will you ever bring your protagonist Stevie Bell back in another book?

A: I would say watch this space! *winks knowingly*