Lydia Denworth is the author of the new book Friendship: The Evolution, Biology, and Extraordinary Power of Life's Fundamental Bond. She also has written I Can Hear You Whisper and Toxic Truth. She is a contributing editor for Scientific American, and she lives in Brooklyn.

Q: You begin your book with a visit to the monkeys on the island of Cayo Santiago. Why did you choose to start there?

A: I thought hanging out with the monkeys on Cayo would be a surprising way to start the book. Since you’re asking, I guess I was right! I was fascinated by the monkeys and thought readers would be, too. They make for a good story and a good scene.

But Cayo was also an appropriate place to begin because I wanted to signal right away that I was following scientists’ lead and thinking about friendship in a new way.

Furthermore, a lot of the interesting and important recent research on the biology and evolution of social bonds has been done in nonhuman animals, so I started as I meant to go on by introducing that work and showing what it has to do with why you want to call your girlfriend when you need a good cry or why boys playing video games together might be getting in more quality social time than their parents imagine.

Q: In the book, you write that "by comparison with relationships forged in blood and love, science has historically given friendship short shrift." Why do you think that is?

A: Friendship is hard to define and measure, which makes it hard to study. The scientific process depends to a large extent on being able to measure change and the influence of one variable on another. 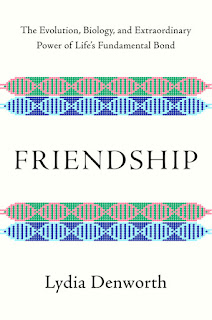 Friendship is also a little squishy and for a long time, I think it seemed unscholarly to care about it. One scientist called it “the ‘F’-word.”

The pioneering work of people like John Bowlby forced scientists to give relationships generally new respect.

Even then, you could say they were looking under the lamppost because that’s where the light was. They could see the biological relevance of kin or sexual relationships so that’s what they studied first. Appreciating how much those relationships mattered ultimately led to the changing view of friendship.

For example, Bowlby recognized that attachment didn’t just exist between mothers and babies, it could apply to friends.

Even so, it took a major mental leap to imagine that friendship, a relationship that exists entirely outside the body, could have an effect on not only emotional but physical health, or that the quality of a relationship might matter more than its origin.

But scientists weren’t alone in missing this. With a few notable exceptions, philosophers and writers routinely described friendship as pleasurable, but not essential. C.S. Lewis famously likened it to philosophy and art in that it had “no survival value.” That’s wrong. Survival value is exactly what friendship turns out to have. 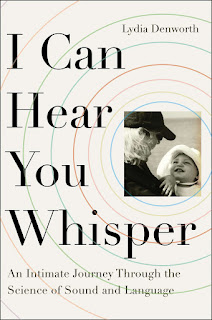 I love that one of the critical turning points in understanding that came when Jeanne Altmann and other primatologists in Africa realized that all the attention was being paid to male behavior—lots of sex and fighting—but that females, who were quieter but busily building strong bonds with each other, might be “where the action was.”

By watching those females carefully over the long haul, Altmann and her colleagues changed everything.

A: I visited field sites and laboratories, interviewed scientists in person and on the phone, and read piles of books and journal articles.

I also went to a lot of relevant scientific conferences. I find it really helpful to listen in when scientists talk to each other. It’s a great way to figure out what they think is interesting and important, and it’s how I got the idea for the book in the first place.

I was surprised mainly by how much we don’t know and take for granted about friendship. It’s one of these things that is so familiar we think we know all about it, but we do not.

And I loved learning little details like the fact that sheep recognize the sheep they grew up with after years apart. 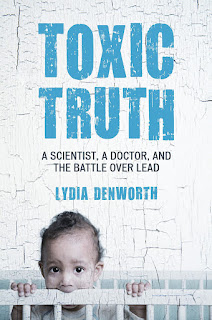 Some of the big details were pretty cool, too, like the fact that the similarity between my sense of humor and my friend Moira’s sense of humor will show up in how our brains process video clips of late-night TV skits. That blew my mind.

A: Friendship is as important as diet and exercise for health and wellness. The thing that most predicts how healthy and happy you will be at 80 is not your wealth or professional success, it’s your relationships when you are 50.

I hope readers come away from the book understanding that fact, taking it to heart and planning their days accordingly. I’m not trying to burden people with more to do. Rather I hope to give them permission even amidst busy lives to make time for friends. People are a great investment of your time.

A: For the first time in a decade, I’m not working on a new book . . . yet. Instead, I plan to focus on journalism this year. As a contributing editor at Scientific American and in my other work, I get to explore all kinds of subjects.

A few of the things I’m interested in and hope to write more about in 2020 are gene therapy, autism, mental health and animal cognition.

I’m also spending a whole lot of time with friends!

A: I find that once I start talking about this, people invariably start thinking about their own friendships and relationships. So, here are some things to think about based on the science:

First, there is no one way to do friendship—some people prefer to focus on a handful of close friends, others to gather tribes of people around them. But there are some universals: strong friendships make you feel good, they have staying power, and they involve some reciprocity and cooperation.

And second, having even one friend makes an enormous difference in health and well-being because quality matters more than quantity. That said, it’s best to have more than one person to rely on. The average number of “close friends” is four, including family members.