Q&A with James L. May 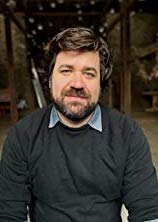 James L. May is the author of the new novel The Body Outside the Kremlin. His work has appeared in a variety of publications, including Tigertail and The Florida Book Review. He lives in New York City.

Q: How did you come up with the idea for The Body Outside the Kremlin?

A: Straightforward serendipity. I was taking a class on mystery writing from Lynne Barrett, one of the professors in my MFA program, at the same time that I was reading Anne Applebaum's history of the Gulag. The first chapter in that book is about Solovetsky, the island camp where The Body Outside the Kremlin is set.

We had been talking in Lynne's class about mystery as a tool for exploring place -- since a detective generally has to go everywhere and poke his or her nose into everything to solve their crime, they're well positioned to give the reader a tour.

The camp just struck me as formally almost a perfect setting. It was established by the Bolsheviks at the site of a monastery they requisitioned from monks who had occupied it since the 15th century. I could tell right away that the way penal history layered over monastic history would be fascinating to explore in a novel.

And Solovetsky presented a lot of interesting obstacles -- many of them surprisingly surmountable for prisoners, which is an important part of getting a story going.

One of the interesting things about Solovetsky's place in the history of the Gulag is that the secret police hadn't quite worked out their standards of efficiency and discipline yet.

It was a horrible, deadly place, but if you were lucky and well connected you could get away with more there than anyone was able to in the later camps or labor colonies. 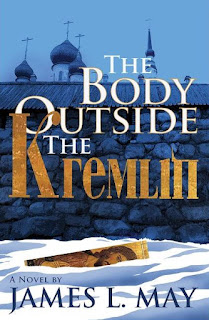 Q: The novel focuses on a Soviet prison camp and begins in the 1920s. What kind of research did you need to do to write the book, and did you learn anything that especially surprised you?

A: I was only passingly familiar with the history of Russia and the Soviet Union when I started on the book, so I had to do a lot of research just to understand the Solovetsky camp's basic context. That meant a lot of reading of general history, as well as a good bit of reading about the administrative history of the camps.

The standout book of the former batch was Sheila Fitzpatrick's Everyday Stalinism, which is a cultural history of Russia under early communism. It was great for finding our things about daily life -- what did people think about eating at the new state-sponsored cafeterias, which soccer teams did they root for, what did it look like when two young people went on a date.

There was also a lot to learn about Solovetsky itself. The sources I found most useful there were prisoner memoirs, quite a few of which are available in English.

One of those was by Dmitry Likhachev, who was imprisoned on Solovetsky in his 20s and went on to become one of Russia's most esteemed academics. The book is called Reflections on the Russian Soul, and he wrote it at the end of his life, in the ‘90s.

What surprised me about that was how formative the experience seemed to have been for him intellectually. Lots of intellectuals were imprisoned on Solovetsky, and the prison regime was liberal enough that they were able to exchange ideas and educate each other.

Likhachev, for instance, worked in the so-called camp museum, where prisoners administered the monks' collection of religious treasures and icons. The fact that something like that could exist in a Gulag camp blew my mind, and the museum ended up being an important part of my book.

A: Well, I knew whodunit, at least. I think that's the way most mystery writers go about things.

Though I once heard Scott Turow give a talk in which he claimed not to have known who the murderer was in his first book until his protagonist figured it out. I guess I have to take his word for it, but man, that's hard to believe.

That book, Presumed Innocent, is pretty complicated! If he was really able to keep all those threads in mind at once and improvise the way they came together, all I can say is I'm impressed.

Not being quite so adept, I had to work out the details of the crime, then figure out what kind of clues it would leave behind, and only then plot out the course of the detectives' investigation and the other characters' responses to it. So I knew the basic shape of what was going to happen in advance.

That said, I did change the action of the final chapter a lot, late in the first draft. The climax I started out writing just wasn't as exciting as I'd hoped, and coming up with a new and different scene produced some stuff at the end I hadn't expected.

I also found myself sort of surprised at where the characters ended up emotionally, particularly my protagonist Tolya. It's one thing to know what he's going to do, but I suppose I had to sort of live through it with him to learn how it would affect him.

A: Extremely. I mean, I'd go so far as to say it's important in everyone's writing. Everyone who writes fiction anyway. Characters have to be somewhere; action has to take place somewhere.

And so much of who a person can be or what they can do is determined by where and when they are. Social and economic prospects, physical obstacles, the difficulty of getting from one place to another, whom you're allowed to love, whether you're basically safe or not, what you think of as valuable -- these are things that make stories interesting, and it's the setting that determines their basic parameters.

Speaking more personally, I do tend to respond imaginatively to places and spaces. I live in New York, and one of the things I do as I walk around is try to picture how the block I'm on would look from a different angle, or where it would fit into the skyline.

And I guess I do something similar as a reader, come to think of it: I love maps in books, but even if I don't have one I like to try to figure out where everything is in relation to everything else.

You tend to find patterns that way that you would have missed otherwise. And I certainly try to attend to those patterns in my own writing, as much as I'm able.

A: I've been working on a ghost story about a hive of bees.

You know that if you get bees in your house, you have to bring in a beekeeper to remove the hive? If you just get an exterminator to poison them, you end up with a mass of rotting bees and melting wax and honey in your walls. Something about that seemed terribly spooky to me.

In the story, the bees begin possessing preteens in the suburban neighborhood where they were exterminated. It's a big change from writing about Solovetsky! I suppose both stories are animated by a fear of getting lost in a crowd, but it's still a good palate cleanser.

A: The meaning of the word "kremlin"! Most Americans only know it from its use in referring to the seat of the Russian government, but it's actually a generic term. It just means "a fortified enclosure within a town."

So the Kremlin in Moscow is only one kremlin, the way the White House in Washington is only one white house. The "kremlin" in my title refers to the main walled compound within the Solovetsky monastery.