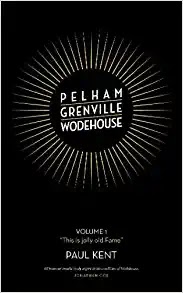 Paul Kent is the author of the new book Pelham Grenville Wodehouse, Volume 1: "This is jolly old Fame." It focuses on P.G. Wodehouse, author of the Jeeves and Wooster books. Kent also has written books about Voltaire, Shakespeare, and Montaigne. He has worked for BBC Radio and is a producer of audiobooks.

Q: How did you first become interested in P.G. Wodehouse, and why did you decide to write this book about him?

A: I absolutely hated fiction at school, refusing to read any of the set texts. Then one inspirational English teacher took me to one side and proposed that he sat watching while I read the first five chapters of a book of stories – which he did.

After about 15 minutes, I told him his services were no longer required. I was hooked. That book was The Inimitable Jeeves, and I set out to buy all the Wodehouses I could find. From that point on, my nose has seldom been out of a book.

I decided to write the book about him because I’d been meaning to for years, yet couldn’t find a way “in.” 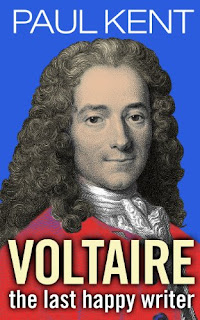 Then I realized there was a gap in the market; the vast majority of books about Wodehouse didn’t get to grips with the writing itself, majoring instead on his biography, or in surveying small, discreet themes.

A comprehensive, detailed exploration of Wodehouse’s creative imagination hadn’t recently been attempted, so I thought I’d have a go. And here we are!

A: My research methods are very simple. Read the books. Then read them again. And again, and pick out all the recurring themes, tropes and motifs.

Given that Wodehouse published over 100 books – not to mention hundreds of newspaper articles, poems, song lyrics and plays - this has taken quite some time!

What surprised me was quite how much the whole is greater than the sum of the parts. There’s something about Wodehouse, which, when read in quantity, provides you with a philosophy for life. 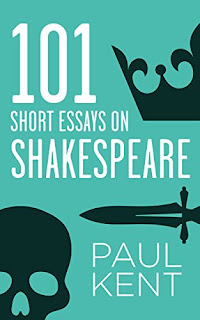 Not that he ever intended to, of course – that’s just my personal impression. But it’s a good, practical philosophy, and I explore its development and influence over the course of my book(s).

Q: What are some of the most common perceptions and misperceptions about Wodehouse and his work?

A: The most annoying misconceptions are that his work’s just enjoyable froth; and that the fact he wrote so much means he didn’t take much trouble over his books.

Both these views are categorically wrong. The first one’s particularly troublesome, as it’s regularly trotted out by Plum’s fans as a reason for liking him. Trying to convince them that Wodehouse should be taken seriously (without, of course, harming the humour) is a tough nut to crack.

Q: How would you describe Wodehouse's legacy today?

A: Wodehouse would be faintly amused to think that he had left a legacy – he certainly didn’t plan it that way. But he clearly has, or no-one would bother reading him any more. 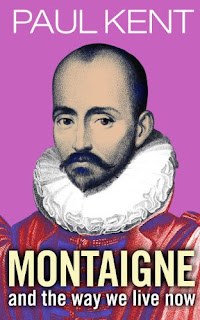 I think Stephen Fry sums it up brilliantly, albeit on a personal level: “…his writings awoke me to the possibilities of language. But more than that, Wodehouse taught me something about good nature. It is enough to be benign, to be gentle, to be funny, to be kind.” Spot on!

Q: This is Volume 1 of your work on Wodehouse--how many volumes will there be, and what are you working on now?

A: There will be three (or perhaps more the way things are going). Volume 2 is currently being edited, and I’m just starting to write the intro to Volume 3. I’m having the time of my life in Wodehouse’s company, and I hope my readers will, too.

A: I’d just like to add that my book isn’t a dry, academic study. I’m doing my best to channel Wodehouse’s lightness and humour as I write. Fortunately, some of Volume 1’s early reviewers have picked up on this, so I guess I’m heading in the right direction!