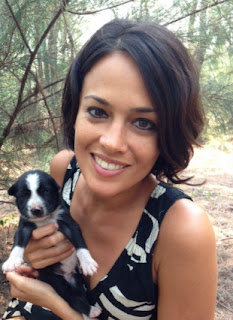 Tishani Doshi is the author of the new novel Small Days and Nights. Her other books include the novel The Pleasure Seekers, and her work has appeared in a variety of publications, including The Guardian and The New York Times. She lives in Tamil Nadu.

Q: A review of Small Days and Nights in The Guardian calls it "a shattering study of disaffection and belonging." What do you think of that description?

A: I think it’s pretty punchy. I don’t know many writers who set out thinking they’re going to write a shattering study of anything.

I think of my novel as rather quiet and claustrophobic, a story that draws you into a specific landscape and inner world, but I certainly was thinking about the question of belonging.

Here in India, as in so many other countries, there’s a real battle being fought between those who feel they have a certain birthright over a place and those who are considered outsiders.

So, on a micro level, I wanted this character of mine, Grace, to be caught in this battle. Someone who has never felt at home anywhere, who longs to find some place of comfort, but is reminded that she is always standing just outside the periphery.

But I appreciate greatly that someone thought it was a book with a shattering impact. Sure, I’ll take that.

Q: You've noted that you considered "A House Without Men" as the book's title. How was the actual title chosen? 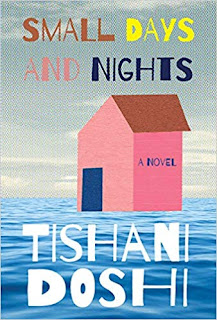 A: I always have titles before I start a book because it gives me a container in which to put my words, so it felt really weird to be working for a few years on this books with a constantly changing title.

I wanted house, I wanted dogs, I wanted arboretum but nothing really felt right, and then I was reading James Salter’s A Sport and a Pastime and I came across this line, “It’s in the little towns that one discovers a country, in the kind of knowledge that comes from small days and nights—“ and I basically pounced on it, recognizing that it captured everything the novel was trying to do.

This sense of the accretion of days and nights, building a life in a small place, the difficulties of that, and given that this is essentially a book about women and their lives – this sense of enshrining the small, the domestic, those traditionally “womanly” spaces – and giving them a larger platform, saying actually these stories can and should be part of the larger stories we tell about history and nation because they comprise it.

Q: How would you describe the relationship between Grace and her sister Lucia?

A: One of the main themes of the novel is this tussle between freedom and duty. I wanted Grace to change her life, to do what she thought was morally the right thing to do, but I also wanted her to struggle with it. 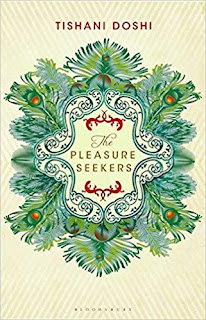 I wanted to write about how a relationship with a differently-abled sibling will transform your life, but how it can also cramp it. To explore the mysterious joy of a sister you never had, but not to be sentimental about the difficulty of being a sole caregiver.

My brother was born with Down Syndrome and is autistic and so I was writing from a place of understanding these things with my own particular prism.

Lucia is the only unsullied character in the book, and in some sense, it’s impossible to know her, but we get glimpses of her understanding and capacity to enlarge our sense of family and love, and Grace (I hope) begins to see that too toward the end of the book.

A: I’m working on a new collection of poems and thinking about a memoir about the body and dance.

A: All the stories about all the dogs in my book are true. When I first moved out to the beach one dog adopted me, then he brought another one, and before you know it, we had 16!

These dogs really sit on the periphery between domestic and wild, and I wanted to write about that relationship and the nature of that kind of animal, in that kind of space.

There’s also this brutal element of how people treat stray dogs here in India, and so sadly, the fate of the dogs in my book are also true to life, but I’m happy to say that I’ve had a stable population of three for the past four years and they are thriving.