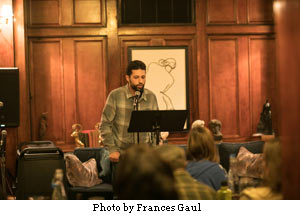 Alex Gallo-Brown is the author of Variations of Labor, a new collection of stories and poems. He also has written the poetry collection The Language of Grief, and his work has appeared in a variety of publications, including the Los Angeles Review of Books and The Brooklyn Rail. He works as a union organizer, and he lives in Seattle.

Q: Over how long a period did you write the stories and poems in Variations of Labor?

A: I started writing the earliest poem in the book in about 2010, and I finished the latest poem in 2019, so about nine years altogether.

Q: Poet Claudia Castro Luna wrote of the book, "Gallo-Brown argues with tenderness that to balance expectations and desires, to mourn a loved one, to grow into adulthood, is work too." How would you define the concept of work, or labor, as it appears in your book?

A: That’s a good question. I think that part of the implicit argument of the book is that work can mean many things—it can mean wage labor, it can mean the emotional stewardship of a friendship, it can mean overcoming depression or grief, it can mean caring for a partner or child, it can mean political activism. 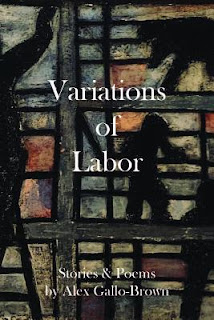 All of these are important forms of work that my characters engage in and that I have engaged in.

Q: The stories and poems are set in Seattle. How important is setting to you in your writing?

A: For this book, and for the stories, in particular, the setting was very important.

I originally conceived it as a book of fiction set entirely in Seattle. I had grown up there (here—I moved back five years ago), and felt like I had read almost no fiction that spoke to my experience of the city—its poker players and union organizers, its drug dealers and prep cooks, its palpable racial tension and fading '70s counterculture.

I especially wanted to represent the more working-class precincts of the city, which are often unseen amid the glitz of the tech economy.

Q: The book includes a section on Charlottesville and racism. Why did you include it in the collection?

A: I included that poem because I think that dealing psychologically with racism is an important form of work for both white people and people of color in this country.

That’s another part of the argument of the book, in my mind—that we are all doing work all of the time, much of it unpaid, much of it unseen or unrecognized, even by ourselves. 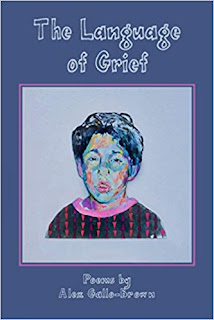 To me, this is important because it gives lie to the political idea that only people who “work” deserve to have their basic needs met—food, shelter, and healthcare.

Of course, we deserve to have those needs met because we are inherently valuable as human beings. But we are also workers who are working all the time, whether or not we have jobs that pay enough to afford to buy those things on the private market.

A: I’m not sure yet! Fiddling with poems. Trying to think about how to integrate my political beliefs with my poetic and literary practice.

A: I really appreciate you giving this small book attention! It’s taken a big chunk of my life to produce, so I’m extremely grateful that you’ve taken the time to read it.