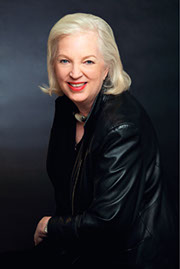 J.A. Jance is the author of Sins of the Fathers, the latest in her J.P. Beaumont series. Her many other books include The A List and Field of Bones. She lives in Seattle.

Q: Did you know when you first started writing about your character J.P. Beaumont that you'd write two dozen books about him?

A: When I met J.P. in 1982, I thought I was writing a stand-alone book.  I had no idea that an editor would buy Until Proven Guilty as the first book in a series.

Q: How do you see him changing over the course of the series? 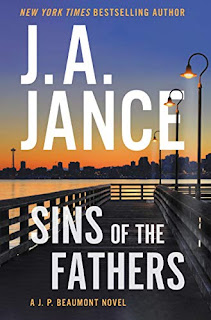 A: My first husband died of alcoholism. Writers are supposed to write what they know, and I happened to know a lot about drinking.

So when I met Beau he was a heavy drinker. (The fact that he was also an alcoholic was invisible to me until my readers started pointing it out several books later.)

He was also a divorced alcoholic who was estranged from his children. In the course of almost 40 years a lot has changed.

Q: Did you need to do any research to write Sins of the Fathers, and if so, did you learn anything surprising? 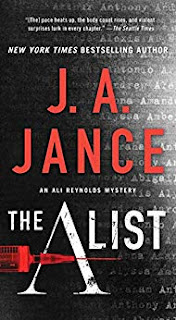 A: Because that book harkens back to a much earlier book, I had to go back and read Taking the Fifth, the fourth book in the series.  I was shocked to encounter that much younger and still-drinking Beau. The character he was back then is not the character he is now.

Q: What role do you see Seattle playing in the novel?

A: I write about places I know. That enables me to report on the locale—distances, landscapes, traffic—in the background while keeping my eye on what the characters are doing in the foreground.

When I started writing the Beau books, he was a lifetime Seattleite and I had lived in the city for less than two years.  I learned about the city as I wrote about it. 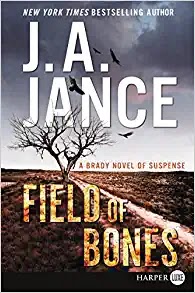 A: I couldn’t just write about Beaumont. My first hardback, Hour of the Hunter, is the first of five Walker Family books. I’m currently at work on Missing and Endangered, book 19 in my Joanna Brady series. And Credible Threat, Ali Reynolds # 15, is due out in June.

A: I always wanted to be a writer, and now I am. I, too, write a blog. I’ll be doing one today, although I have no idea what the subject will be. It gives my readers a window on my world.