Lara Tupper is the author of the new novel Off Island. She also has written the novel A Thousand and One Nights, and her work has appeared in a variety of publications, including The Believer and Nowhere Magazine. She also is a jazz/pop singer.

Q: How did you come up with the idea for Off Island, and why did you include the artist Paul Gauguin as an important part of the novel?

A: The idea occurred to me at the Metropolitan Museum of Art in the summer of 2002. I wandered into a Paul Gauguin exhibit and was struck by his letters on display.

Gauguin wrote from Tahiti to his wife, Mette Gad, who was back in Denmark with their five children. He described his affairs with young Tahitian girls in great detail and I thought, There’s another story here, from Mette’s perspective. I didn’t want her to be a victim. So I imagined a different story. Off Island includes various points of view; Mette’s is one of them.

A: I’ve spent a lot of time on Monhegan Island, a fishing community and artist colony off the coast of Maine. (I imagine, in Off Island, that Paul Gauguin sails there.) 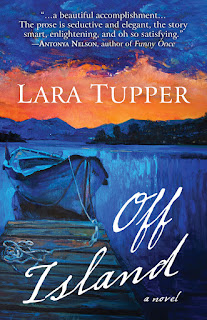 When leaving the island, residents say they’re going “off island.” I appreciate this perspective, that the mainland isn’t really “main.” The island is central and the rest of the world orbits it. And I like the idea of changing our circumstances if we feel too isolated in our lives.

I suppose I had the phrase “no man is an island” in mind too. Or no woman. We can try to forge new relationships and move away from the prescribed roles we inhabit. We can get ourselves off island.

Q: Did you need to do much research to write the novel, and if so, did you learn anything surprising?

A: I researched for years. I really enjoyed this part of the process, reading and thinking and note-taking. I was teaching full-time at Rutgers when I began and scribbled notes during my train commute. But at a certain point I realized I was putting off the process of drafting.

In terms of surprises, I learned about the history of Monhegan Island and neighboring Manana Island, where a hermit named Ray Phillips lived. He made shelter from driftwood and kept a few chickens and sheep. No one else lived there. He rowed across the harbor to Monhegan in his dingy from time to time to get supplies. But mostly he lived in isolation.

I make only passing reference to him in the book, but he’s a fascinating character to me, worthy of his own story. (On Island?) There are wonderful photographs and articles about him in the Monhegan Museum and a beautiful documentary called The Hermit of Manana. 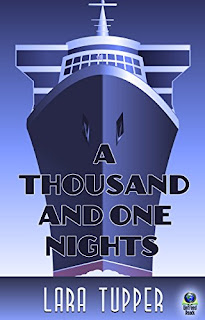 Q: The novel is set primarily in Maine. How important is setting to you in your work?

A: I like to start with setting. If I can see and smell and feel a place, I can begin to imagine a story. I grew up in coastal Maine, and so it’s with me always, even though I live far from the ocean now. When I get back to visit, I feel I can fully exhale.

There’s an interesting tension, in Maine tourist towns—in any tourist town--between year-round residents and “summer people.” We had slightly different names for them when I was a teenager waiting on tables or working in gift shops.

Tourists often asked me, “How do you live here year round?” I suppose I’m a summer person now. But I refrain from asking this question. I wanted to explore this tension between residents and those “from away” in Off Island.

A: I have a short story collection, Amphibians, coming out from Leapfrog Press in 2021, so I’m tweaking that manuscript right now. (Much of it is also set in Maine.)

And I just finished a draft of a new novel, not yet titled. It’s a ghost story, set in the future. Something different for me.

A: A great release from the writing desk is singing, and I’m so grateful to have this as an outlet. The feedback is immediate, whether positive, negative or indifferent. And I don’t have to wear my wrist guard.

I love old jazz standards and the beautiful music that my husband, Bobby Sweet, writes. We often perform together and that is a treat.