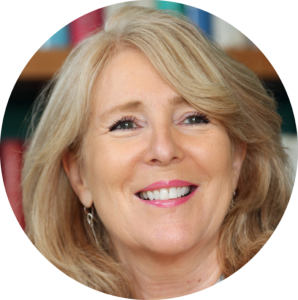 Susan Lewis is the author of the new novel Home Truths. Her many other books include One Minute Later. She lives in Gloucestershire, England.

Q: You note that the inspiration for Home Truths came from email exchanges with a reader who helped homeless people move toward independent living. How did that conversation lead to the creation of your character Angie and her family?

A: The process of creating Angie and her family was extremely complex owing to the need for combining likeability, sympathy, realism and the effects of gangland culture and government cuts on a family. So they represent an amalgam of many cases I read about and ultimately I feel that Angie found me rather than the other way around.

Q: What kind of research did you do to write this book, and did you learn anything especially surprising? 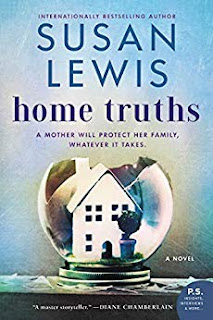 A: I read and viewed a great deal of information about the subject, most of it online, in order to gain an insight into how the system works for someone like Angie. It was a very sober study that opened my eyes to hardship in a way I hadn’t seen it before.

I also visited a men’s shelter where I talked at length to those who ran it, and to a few of the residents. I was shocked by the number of men who clearly suffer from mental health issues and receive no proper support from government agencies.

I also met with a group of women who’d either considered prostitution to keep roofs over their families’ heads, or who’d actually done it. For obvious reasons they wanted to remain nameless. It was heartbreaking hearing how far a mother will go to stop the authorities from taking her children away – and they weren’t always successful.

Q: In our previous interview, you said, "As you can tell I often weave an issue into my stories. I hope that by getting to know the characters you will gain a better understanding and empathy for those whose lives are a struggle for many different reasons – and usually through no fault of their own." How do you balance the characters and the issues as you write your novels, so that the issues don't overwhelm the characters or vice versa? 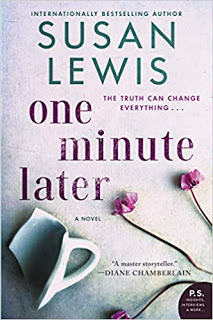 A: I think I often do overwhelm the characters with the issues. I certainly did with this book, but that’s what an editor is for.

A: I think it’s important for us all, in our affluent and privileged strata of society, to know how far some women are forced to go to prevent their children from being taken into care. Obviously, a book won’t change anything, but raising awareness and making us think more about those in need is a start.

A: My next book doesn’t have an issue, as such. My Lies, Your Lies is about manipulation, mind games and battles of wits between an established author and a ghostwriter. Although it made my head spin at times it was a nice change to get away from the soap box for a while.

A: I realize – with sadness – that most stories of people in Angie’s situation do not end the way the book does. It was felt that portraying reality to its very worst levels was not the way to go for a work of fiction. So, I hope the reader will forgive or applaud the ending I’ve chosen.