Annie Barrows is the author of The Best of Iggy, a new middle grade novel for kids. Her other books include the Ivy and Bean series for kids, and the novel The Guernsey Literary and Potato Peel Society. She lives in Northern California.

Q: How did you come up with the idea for your character Iggy?

A: Even though I am a very virtuous, well-behaved person, I have always loved wackos and hooligans. Wacko and hooligan kids, that is. Wacko grownups are nothing but trouble.

So in some ways, Iggy is a compendium of all the funny little wiggly kids I’ve met in the last 12 years, touring around with Ivy and Bean. Iggy also borrows some attributes from one or two very bad little boys I knew when I was little (Hi, Robert!).

But most of all, Iggy is based on my husband, who was responsible for some truly impressive displays of poor judgement and failed impulse control between the ages of 5 and 12.

These episodes, which caused him a lot of trouble at the time, have since become our great family legends, and at most family parties, kids gather round and beg for a retelling of such favorites as The Staple or The Bird Poop or There Goes Miss Hackerman. 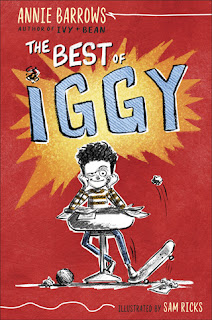 Because being a writer is more or less equivalent to being a vampire, I have slurped up all these stories—except those that no editor would ever allow in a children’s book—and given them to my new hero: Iggy.

Q: What do you think Sam Ricks’s illustrations add to the book?

A: In a word: fun. I love his pictures of Iggy’s transformation from one emotional state to another. The text has a lot of narrative commentary on the action, and Sam has reflected that by making meta-pictures, as well as pictures that simply illustrate events.

For example, he’s pictured Iggy’s brain on vacation, resting happily in a lounge chair by the seaside, sipping a cool beverage, to accompany an episode when Iggy loses his mind with a can of shaving cream.

I’m also a big fan of his use of varying perspectives; it’s way more fun than seeing everything from the same distance. 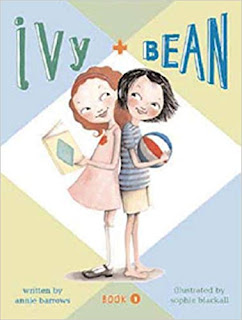 A: Same thing I hope they get from every book I write: a laugh. Truly, all I care about is giving kids a good time.

Sure, it’s great if they pick up a few ideas about nuance in judging others’ behavior, but I don’t care if they don’t. I have no interest in making kids better—in my opinion, kids are fine the way they are—and I certainly would never consider myself educational in any way.

Read and be happy, that’s my goal.

A: I have several cauldrons bubbling at the moment. I’ve written the second book about Iggy, entitled Iggy Is Better Than Ever, in which gardening supplies are heavily featured, and I’m about to begin writing the third, which will feature something I don’t know about yet.

In between Iggy-making, I wrote the 12th (and probably final) Ivy and Bean book, which will probably be coming along in 2021. It’s about career development. 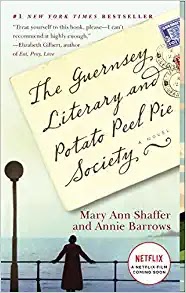 I’ve got a picture book on the way—pictures luckily by Leo Espinosa, thank heavens, not by me.

A: If you read The Best of Iggy and you want to know what is the deal with the coconuts, you can email me. It’s never going to be explained in the books.