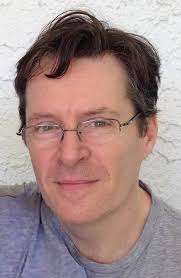 Gene Barretta is the author of the new children's picture book The Secret Garden of George Washington Carver. His other books include Muhammad Ali: A Champion is Born and Now & Ben. He lives in Bryn Mawr, Pennsylvania.

Q: Why did you decide to focus on George Washington Carver in your new picture book?

A: This book began differently than my usual organic discovery of a subject. The project was originally brought to me by agent, Lori Nowicki. She also handles illustrator Frank Morrison. He wanted to do a book on Carver but didn’t have a manuscript. So she teamed us up.

Frank and I later signed a deal with HarperCollins to do two books about pivotal moments in the childhoods of famous African-Americans. The second book, Muhammad Ali: A Champion is Born, came out in January 2017.

Q: How did you research Carver's life, and did you learn anything that especially surprised you?

A: Like all my bios, I read several books, watch any films, explore the internet, and talk to historians. And I always try to find a specialist on the subject to help with fact-checking. 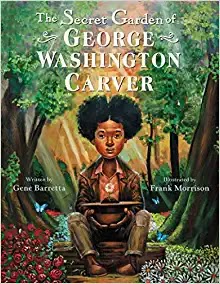 This time around, I spoke to a couple people at the Carver Museum and Monument. I knew very little about Carver when I began, which is always a little scary, because there is the possibility that I may not like the individual. But that wasn’t the case. I really loved Carver.

What surprised me? He wasn’t just about peanuts. He really was instrumental in revitalizing agriculture in the south after the Civil War. He was also a champion in helping ex-enslaved people become self-sufficient farmers with his mobile schoolhouse and agricultural experiments.

I was also surprised by the hundreds of items he devised using peanuts, soybeans, and sweet potatoes.

I was surprised by how many notable figures met with him and sought out his advice, including Henry Ford and three sitting presidents. His courage as a boy truly impressed me. He went out on his own at the age of 12 to pursue an education, and make his way in a dangerous post-slavery country. 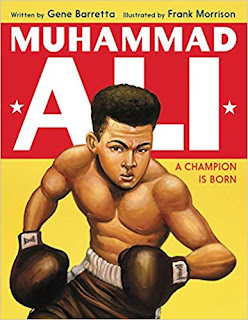 Q: You've written and illustrated your own books, as well as worked with other writers and illustrators. Do you have a preference? And what do you think Frank Morrison's illustrations add to this book?

A: My preference is to both write and illustrate a book. But, occasionally, I do enjoy the experience of doing one or the other. It’s exciting to get a manuscript and then have the freedom to interpret it visually.

On the flip side of that, I can also enjoy, and honestly get a little nervous, handing over my manuscript to another illustrator. It becomes something very different from how I imagined it in my head while writing.

Fortunately, I’ve been very happy with both of my collaborations with Frank. I am writing a third book with illustrator Craig Orback at the moment on the childhood of Steven Spielberg.

Q: What do you see as George Washington Carver's legacy today?

A: As I mentioned earlier, one part is revitalizing the southern agriculture and also setting an example for the rest of the country. 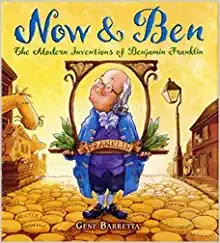 He is a great role model for all people, especially African-Americans, who begin life in less than convenient circumstances. He is also a perfect example of someone who can make a big difference in the world through peaceful means.

A: I just handed in the manuscript for the book on the childhood of Steven Spielberg.

I really connected with certain aspects of his teen years. We were both obsessed with making amateur films, with our sights set on being a film director. I think he did OK in that respect.

We both had a mischievous creative streak in us. And at the same time, we were both watching our parents grow apart and finally divorce.

I’m also writing and illustrating a book on the childhood of artist Andrew Wyeth, which has been a dream project for a long time. It’s a great story to inspire children and attract them to the arts.

Finally, I have a first draft for a third book that I’ll write and illustrate, but since that isn’t officially contracted yet, I can’t say much about it other than it will be my first female biography.

A: I can add that I’ve been doing a lot more Realist painting and drawing lately. I don’t plan on changing my illustration style dramatically. But this work will definitely help when I need to set a tone that suits more serious subjects.

I’m really enjoying it. There are a few examples in the Gallery section of my website.