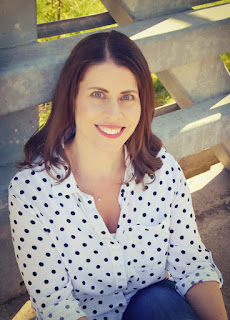 Karma Brown is the author of the new novel Recipe for a Perfect Wife. Her other novels include The Life Lucy Knew and Come Away with Me, and her work has appeared in a variety of publications, including Self and Redbook. She lives near Toronto.

Q: How did you come up with the idea for Recipe for a Perfect Wife, and for your characters Alice and Nellie?

A: I own quite a few vintage cookbooks—the more food splattered and well-loved the better—and had this idea of how an old house, a dark secret (or two), and a shared cookbook would link together the lives of two women—one modern and one from the past.

Having a young daughter, gender roles are often on my mind, and I also wanted to explore the expectations we continue to place on women, wives and mothers even in these more progressive times.

Nellie was the first character to come to mind, and she arrived in my brain fully formed and ready to tell her story. Alice was murkier in the beginning—particularly because gender roles are not as clear cut as they once were—but she was the character who ended up surprising me the most. 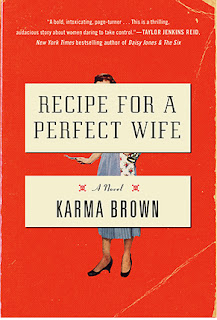 Q: Why did you decide to focus on recipes from the 1950s, and do you cook these recipes yourself?

A: I wanted to set Nellie’s story in the 1950s, and so it made sense to focus on recipes from that era.

Plus, much like the retro advice epigraphs that open each of the modern-day chapters, I decided these recipes needed to be integrated into Nellie’s chapters, as the cookbook was such an important part of her life and story.

I’ve tried a few of the recipes so far, including the Baked Alaska, which my daughter and I made. It was tasty but quite finicky to make, so the end result was likely not as impressive as Nellie’s would have looked!

Q: What kind of research did you do to recreate the 1950s portion of the novel, and did you learn anything especially surprising? 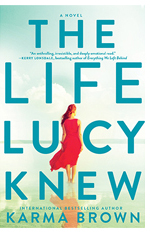 A: I spent many hours reading articles and stories from that decade, as well as watching endless home economics videos that used to be played in school during the 1950s.

I also grilled my parents and friends, who were teenagers in the ‘50s, on everything from birth control to entertainment and culture to clothing to etiquette.

And I have a large stack of vintage magazines from my stepmother, so I combed through those for the language and flavor of that particular decade.

Probably the thing that continued to surprise me (even though I was well aware of it) was simply how women were perceived at that time—one beer advertisement that still stands out in memory featured a husband and a wife (holding a spatula, with a chastised look on her face), and the caption read, “At least she didn’t burn the beer!”

Q: How was the novel's title chosen, and what do you think it says about marriage in the 1950s and today? 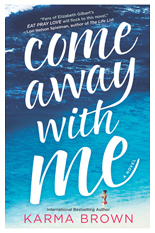 A: A title is always tricky, because it needs to do a lot of heavy lifting.

While I was drafting, the book was called “The Good Wife” and then my agent and I decided that wasn’t compelling enough. So I put it out to a group of author friends, and this was one of the options we came up with--luckily my publisher also loved it!

As for what it says about marriage, both then and now, it’s a tongue-in-cheek statement based on the idea that women should be striving for perfection in the role of “wife”…even though there is no such thing as a “perfect wife” (or “perfect husband” for that matter).

A: I’m working on my first non-fiction project at the moment, which is titled Time for Change and is about owning your time (and reclaiming it) in the age of increasing urgency, when many of us feel like we don’t have enough of it to even get the day-to-day stuff done. It will be out end of 2020 with HarperCollins.

I’m also working on my next fiction project, but it will remain a secret for now!