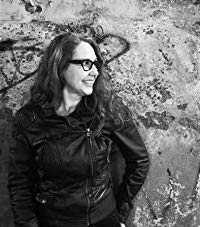 Elizabeth Geoghegan is the author of the story collection eightball. She also has written Natural Disasters and The Marco Chronicles, and her work has appeared in a variety of publications, including The Paris Review and The Best Travel Writing. She lives in Rome.

Q: Over how long a period did you write the stories in eightball, and how did you choose the order in which they'd appear in the collection?

A: Over a dozen years. I never envisioned writing a collection, never had the intention of working on short stories at all. But every once in a while one would come to me.

At that time, I’d been struggling with a novel, eventually abandoning fiction writing for nearly a decade. But every so often, over the course of those years, I’d produce a story. It was always a relief to be writing new characters, in a new style that wasn’t the novel.

After I finished each story, though, I most often stuck it in the proverbial drawer, rarely revisiting it or submitting for publication. It wasn’t until 2015 that I realized I might have a book and began working on short stories in earnest.

Initially, the order of the stories wasn’t so clear, but I knew that I wanted “Tree Boy” to be first. “Tree Boy” is short but it speaks to the nature of all the stories that follow. It also came to me from a completely different place than anything I’d worked on before, one of internal rhythm, of music that took my writing in a new direction. 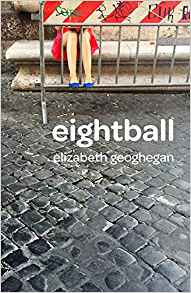 I also knew the last story had to be “eightball” not only because it is the longest, but because it is the most important (at least to me). It was also the last one that I wrote and it seems to operate as a kind of coda to the others.

Q: The Kirkus Review of the novel says, "Part love stories, part travelogues, these are tales of world-weary characters, almost all of them women with appetites. They are at home everywhere and nowhere, stopping for a time in Rome, Seattle, Boulder, Bangkok, or Chicago." How important is setting to you in your writing?

A: Setting is everything to me—as much a character in each story as the protagonists themselves. I try to build worlds that are as steeped in sensory detail as possible, and (hopefully) rendered in such a way that the reader “travels” to these places too, is able to visualize exactly where the action is unfolding.

This also gives the reader an advantage over my characters who so often get lost—or were lost to begin with—and miss the visual cues that only the narrator or the reader might catch.

Q: How was the collection's title--also the title of the novella that ends the book--chosen, and what does it signify for you? 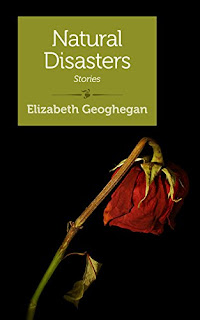 A: “eightball” was the working title for the novella and I always assumed I would change it when the right name revealed itself to me.

Initially, I wanted to avoid a drug-related title, not only for the story, but for the book—"eightball” is slang for an eighth of an ounce of cocaine—but somehow that particular story defied all the titles I tried to give it.

None of the other options spoke to the sense of peril that looms over the characters Quinn and Patrick, nor to the pacing that splices back and forth in present tense.

And I began to see that there were other reasons why “eightball” worked. Not only are there eight stories in the collection, but each has a “behind the eightball” quality, a feeling of being caught up in something you aren’t sure you can get out of.

Q: In an interview in Bomb magazine, you said, "Loss has always informed my work..." How would you describe the theme of loss as it appears in these stories?

A: All the stories deal with a particular type of loss. This can simply be the loss of the self. In other cases, the what (or who) that the character loses has already occurred when the story begins or is imminent and the narrative sets off from there. 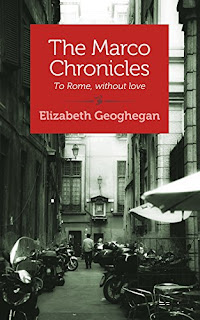 If you read the stories in order—and I hope that is the case—there is an accumulation of losses that builds throughout the collection. A kind of crescendo.

By the time you get to “eightball” you probably aren’t expecting a coming of age story, but perhaps as a result you feel more tender toward the younger characters because you’ve been given a glimpse of the adult world that awaits and the inevitability of all the things they’ve yet to lose.

A: I’m working on two projects. The first is a novel structured as a pair of interlocking novellas in conversation with one another. Each one is based on classic works, both set in Rome. The second is a nonfiction recollection about my mentor, the brilliant short story writer Lucia Berlin, who died in 2004.

A: For so many years I was reticent to put my work out in the world, but the experience of publishing with a small press, specifically Santa Fe Writers Project, and the enthusiasm of so many friends, colleagues, students, and readers along the way has completely restored my faith in writing. I’m so grateful.