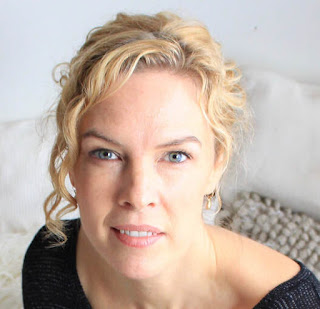 Serena Burdick is the author of the new novel The Girls with No Names, which takes place in New York City in the 1910s. She also has written the novel Girl in the Afternoon. She lives in Western Massachusetts.

Q: How did you come up with the idea for The Girls with No Names?

A: I was inspired by a story I heard on the BBC of a woman who had been in an Irish Magdalene Laundry. I knew immediately I wanted to write a novel that addressed what women had gone through in these institutions.

At the time, I assumed I’d be writing about Ireland. It was not until I began my research and discovered The House of Mercy, a laundry located in New York City, that I decided to set The Girls with No Names in the United States.

It felt important to write a story that exposed the reality of what these women—our not too distant ancestors—went through and give us a way to talk about it through fiction. 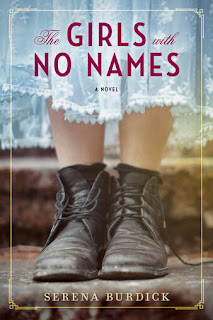 Q: You tell the story from the perspectives of several characters. How did you choose your point-of-view characters?

A: I knew from the outset I was going to tell the story from Effie and her mother Jeanne’s alternating perspectives. In Effie’s confusion, we needed to see what was really going on through her mother’s eyes.

Mable was never part of the original plan! Her voice and story emerged out of nowhere. It was one of those writer moments where you feel things are happening beyond your control. After I wrote Mable’s story, I had to find a way to weave it into the narrative with Effie and Jeanne.

A: My research involved reading non-fiction books on the Romani people and New York City at the turn of the 19th century, and also a lot of Edith Wharton. Fiction written in the era I am writing about provides details of daily life, while non-fiction provides the facts, which is a nice balance.

There wasn’t a lot written on the House of Mercy, but I found articles from old New York City newspapers with women’s accounts of what went on inside. Most of my detail came from these accounts. 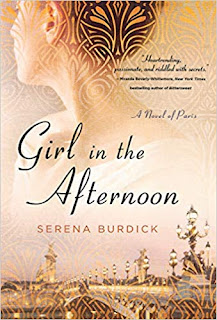 I was most surprised to find that there really were Romani people camping in Inwood Park at this time. I knew I wanted this community to be part of the story, but I imagined they were only in Europe and I was going to have to make it up.

When I found that the Romani had immigrated here and there was an actual encampment right in the very spot I needed them to be, it was a little bit magic.

A: My hope with any story is that my readers walk away feeling completely satisfied and fulfilled, that I’ve given them a world they can disappear into and characters whose emotions they feel in their own hearts. If people learn something along the way, are exposed to a time and place and viewpoint that piques curiosity, I’ll take that too.

A: A novel based on the true story of a Cuban actress who had an outrageous life and a tragic death.