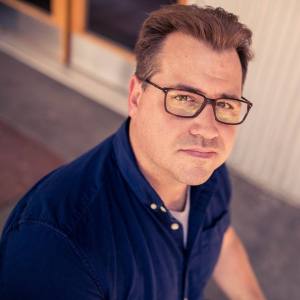 Chad Dundas is the author of the new suspense novel The Blaze. He also has written the novel Champion of the World, and his work has appeared in a variety of publications, including the Beloit Fiction Journal and Sycamore Review. He has worked as a sportswriter for ESPN, NBC Sports, and other outlets, and he lives in Missoula, Montana.

Q: How did you come up with the idea for The Blaze, and for your character Matthew?

A: I think writing about a character suffering from some form of memory loss had been on my mind for a long while.

It’s obviously not a completely unique notion; we’ve seen books and movies featuring characters with amnesia before, but I was drawn to the potential of building a mystery around a protagonist who has lost much of their biographical memory. I wanted to use it to experiment with the idea of truth and the nature of memory in a novel.

Plus, I thought it would naturally help build tension in the book to feature a person who could experience the mystery, setting, and other characters the same way the reader experiences them.

The specific character of Matthew Rose came out of that interest.

In my day job as a sportswriter covering mixed martial arts fighting, I’ve unfortunately ended up writing about brain injuries more than I would like.

Then to read news reports about soldiers coming home from combat situations with what is being described as the “signature wound of modern warfare” in the traumatic brain injury was heart-wrenching and fascinating to me.

I think all those factors came together and ended up becoming The Blaze. 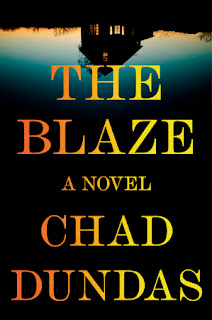 Q: Matthew is a veteran of the Iraq War who suffers from memory loss. Did you need to do much research to create a character with that condition?

Q: Yes, I did. In my job as a sportswriter I’ve talked to people living with the effects of TBI and I’ve interviewed brain doctors and researchers at the Cleveland Clinic, some of whom are on the cutting edge of looking into the science of the brain. So I had developed a very shallow knowledge base.

From there, I read everything I could find about TBI and specifically about soldiers dealing with TBI. I’m by no means an expert and, while the kind of brain injury Matthew suffers from is real and fairly common, some of his unique symptoms are fictionalized. I hope that every part of his experience feels organic to the world of the book.

There was also a lot about Matthew’s experience that is foreign to me.

I never served in the military, for example. Luckily, I have some close friends who did serve and experienced combat situations overseas. They were kind and patient enough to suffer through some early drafts of the book and offer me some notes on what was working and what wasn’t.

Anything about those sections of the novel that feels particularly good is likely due to their input and any mistakes are my own entirely.

Q: The novel takes place in Montana, where you live. How important is setting to you in your writing?

A: It’s very important to me. I’m admittedly biased, but I’ve always felt Montana was a great place to set a mystery. It's a big, wild state that is beautiful and full of natural splendor, but it can kill you, too.

The people are generally full of Western hospitality, but with such a massive land area and fairly sparse population, it can feel isolated.

There are places in Montana where, if you get yourself in some kind of trouble, you’re probably 20 or 30 minutes from getting any help from emergency responders. So all of that makes it a natural setting for this book.

But I also wanted to write about the new West, the place where I grew up and see every day, without the sepia-toned mythologizing that so often influenced depictions of the region in movies and books of the past. There’s a certain independent Western spirit that probably shows up in my work.

At the same time, writing about the West in 2020 carries a duty to correct the previous historical record, which has often been full of stereotypes and largely ignored the experiences of people of color, women, indigenous people, immigrants, and workers. So, I want this vision of the west to be updated and to be more inclusive, more accurate and maybe even a little more hopeful. 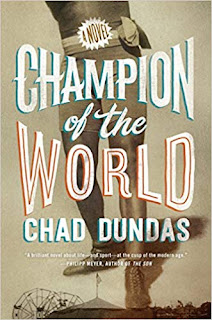 Q: Your first novel was historical fiction, and this is a suspense novel set in modern times. Was your writing process different this time around?

A: It was different, for sure. With my first book, Champion of the World, the research was so pervasive that I ended up writing a lot of it in the basement of the University library in Missoula. That way, any time a historical question came up, I could stand up and go into the stacks to find the answer.

With The Blaze, the research wasn’t quite as all-encompassing, though there were clearly aspects of the book that required me to seek outside help. In some ways, the second book was an easier project.

In other ways, however, it was much more difficult. Champion of the World was written in the comfort of knowing that, if it failed, nobody besides myself and a few close friends would know about it.

With The Blaze, I had an existing contract with my publisher and, if this one didn’t work out, it would have had a negative impact on a lot more than just my feelings. So there were different psychological hurdles I had to clear to get myself in the chair in front of the computer doing the work every day.

A: I’m tinkering with a couple of different novel projects, both of them contemporary Montana-based thrillers. I’m waiting to see which one asserts itself the most in my mind, which one feels like it has more creative juice and which one causes me to get obsessed with it in the way you need to be obsessed to complete a full book.

I am also working on a history/true crime podcast with a group of talented historians and journalists in Montana called Death in the West. It will focus on the unsolved, historically significant crimes of the west and we hope to start putting out episodes in 2020.

A: Getting a book into the world is huge, collaborative effort. I’d be remiss if I didn’t mention the tireless work of my editor, Sara Minnich, and the entire staff at G.P. Putnam’s Sons. Through two books, they’ve been unfailingly terrific.

My agent Julie Stevenson is also outstanding and put a lot of work into launching The Blaze. My publicist for this book, Beth Parker, is wonderful and pulled out all the stops in setting The Blaze up for a successful launch. They are all the best and I’m very much indebted to each of them.