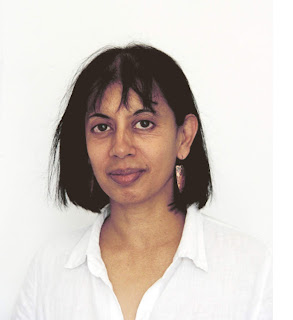 Roma Tearne is the author of the novel The Road to Urbino, which focuses on the work of the artist Piero della Francesca. Tearne's other books include The Last Pier and Brixton Beach. Born in Sri Lanka, she is based in the UK.

Q: How did you come up with the idea for The Road to Urbino?

A: I didn’t come up with the idea all in one go. Long before I started even thinking about the novel I had had a long standing obsession with Piero della Francesca and The Flagellation…sometimes called “the greatest small painting.”

I was at a dinner party in Italy when I heard the story about 13 young boys playing on the hillside where I lived and how they had accidentally unearthed and set off a World War II unexploded bomb. I was pretty shocked to think of World War II returning again. The idea started to take shape from these two things. 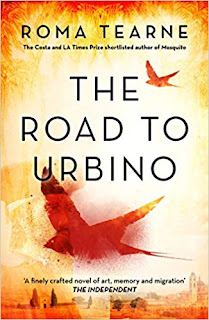 Q: A review of The Road to Urbino in The Guardian says, "Roma Tearne has chosen an intriguing way of building her narrative of loss and love: her two main characters tell their stories to Elizabeth, a barrister, whom they address both in words and thoughts." How did you decide on the novel's structure?

A: Ah, yes! Well I wanted to tell the story from a man’s point of view. I wanted to write a story that gave men a voice and showed how they reacted to love and violence and all sorts of emotion and as a woman I wanted to get to grip with how they might think. So it had to be two main male characters.

I also wanted the reader to change their attitude to them, to have sympathy for the character who seemed the least sympathetic and vice-versa.

Q: Did you need to do much research to write this novel?

A: Well, I went repeatedly to look at The Flagellation and read as much as I could about Piero (there’s not a lot on him). 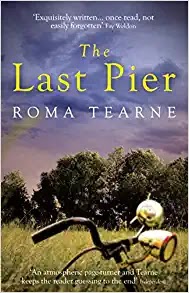 A: I’d like them to get to know the Pieros. I think he was a wonderful artist. I also wanted to make the point (if one can make points in novels!) that war doesn’t end when the fighting stops. That’s why it’s so bad to start wars.

A: Several things. I’m painting at the moment, for the first time in 16 years, and I’m also doing some research.

A: No, I don’t think so. Perhaps that my paintings are fueling my writing? Or perhaps that’s not relevant!