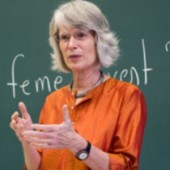 Martha Saxton is the author of the biography The Widow Washington: The Life of Mary Washington. Her other books include Being Good: Women's Moral Values in Early America. She taught history and women's studies at Amherst College for 20 years.

Q: You write, "I am normally not drawn to write about women whose fame derives from men or about slaveholding women." Why did you choose to write about Mary Washington?

A: When I encountered Mary Ball Washington, I had been researching a book called Being Good, which was about women's moral values in different early American communities--including 18th century Virginia.

She and George had differences over money. I found that odd since--although I knew little about him--I knew his reputation for probity and also for being among the wealthiest, if not the wealthiest man in Virginia.

But she was a widowed mother, and he was her first-born son. I already knew enough to know that property in the hands of widowed women when they had sons of legal age was likely to be viewed as illegitimate and often the source of conflict.

Some time later, I began to look at the secondary literature about George and his mother, and after the Civil War it  became  more and more venomous. By the 1950s, she was a termagant, shrew, jealous, controlling, self-centered, greedy, illiterate, unloving, and dirty. I was amazed at how little evidence there was for these or really--any claims about her.

So, I decided to see what I could find out about this woman who was being treated as a terrible parent whom George had to escape before he could emerge as the country's founder. 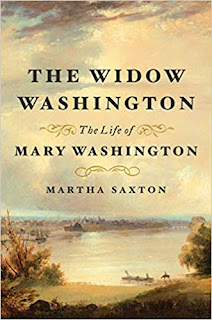 Q: Can you say more about some of the most common perceptions and misconceptions about Mary Washington?

A: I mentioned in my list of negative adjectives above the  main misconceptions about Mary. She grew up a very hard-working, pious, and probably somewhat rigid woman who had been orphaned very young.

She seems to have modeled herself on her strong and independent mother, widowed three times--with whom she lived until she was 12. After her mother's death, she looked after herself and her half-sister's family as a teenager.

She was a slaveholder from the time she was three--her wealthy father left her three male slaves and two pieces of property. So she had to learn to seem authoritative as a child.

She grew up relatively poor, but her mother's wealthy connections and her ambitions for her children gave Mary some advantages. Marrying the widower Augustine placed her in Virginia's upper class.

Her social mobility coupled with George's ascension to the very top of the Virginia elite has allowed his biographers to look down on her (illiterate, dirty), when in fact she was a respectable, religious, literate, diligent woman with the same commanding presence that her son acquired.

Q: How would you describe the relationship between Mary and George?

A: Mary's and George's relationship was intense and enduring. She probably favored her first-born, and this carried with it her close attention to his behavior and his moral precepts. She was a demanding mother, expected obedience and help. 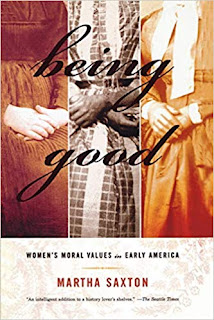 They lost Augustine when George was 11, so the relationship between mother and son grew more intense at a time when it would have normally  grown more distant. As he said, he did not have a typical elite adolescence, complete with an enslaved valet and a horse, doing whatever he wanted.

She managed to give him a practical but not classical education and introduced him to responsibilities early, because the property she had been left produced little, and the core family was suddenly poor.

George grew up diligent and penny-pinching like his mother, critical and  vigilant, like her. These are not characteristics that make for a mellow mother-son relationship. She loved him and raised him strictly.

He respected her and looked after her, sometimes in an exasperated way, and sometimes without acknowledging that her needs were real.

Q: How would you define Mary's legacy today?

A: I have tried to retrieve her history as an independent woman, relentlessly focused on the survival of her family. Her start in life was traumatic, and while others suffered similar losses, they doesn't make hers any the less traumatic.

But she carried on with the duties of her life as she saw them. She ran her farm and raised five children on her own--the eldest, one of the most important figures in our nation's history.

His persistence in the face of overwhelming obstacles and losses, his courage and stoicism, and his vigilance in overseeing the needs of his army and later, his new country, owe much to his mother. She deserves much, much better than she has received at the hands of his historians.