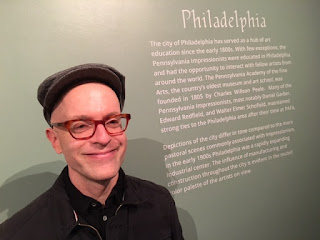 Yermiyahu Ahron Taub is the author of the new book The Education of a Daffodil: Prose Poems. His other books of poetry include Prayers of a Heretic and Uncle Feygele, and, with Ellen Cassedy, he translated Blume Lempel's Oedipus in Brooklyn and Other Stories from Yiddish to English. He lives in Washington, D.C.

Q: How did you choose "The Education of a Daffodil" as your new book's title, and what does it signify for you?

A: I aimed for this book to be a prose poetry version on a small scale of a bildungsroman, or a novel dealing with someone’s formative years or spiritual education. In a few pages, the main character is educated in matters of the spirit and some of the ways of the world.

Of course, the book is a dark variation on the theme of spiritual education, as the main character encounters cruelty in various religious settings.

I chose the name “daffodil” for its metaphorical flexibility. First, it is one of the many names/labels given to male homosexuals in the English language over the generations.

Certainly, there were many other possibilities. In fact, the poem “Naming Without Ceremony” (page 89) is a consideration of a sampling of these names (e.g. Nellie, faggot, flit, queer, sister). Some, such as daisy, buttercup, Betty, and Auntie Belle, were new to me.

These names in the poem are shaped on the page into the pi symbol to represent the seemingly endless societal preoccupation with homosexuality. If I had added the list of terms for lesbians, the list would have been even longer.

Second, there is something hardy, pioneering, and “courageous” about the daffodil in its being one of the first flowers of spring. When we note the green stalks pressing forth from the cold ground and then the yellow bulbs briefly emerging, we know that spring is just around the corner.

It was important for me to foreground the main character’s courage and determination as a queer boy/young man in an ultra-Orthodox milieu.

Additionally, the “daffodil” metaphor harks back to William Wordsworth’s poem “I Wandered Lonely as a Cloud” which so many school children study and memorize.

For Wordsworth, the “sprightly dance” of the daffodils even surpasses the sparkle of the bay’s waves. The remembered image of the expanse of “ten thousand” daffodils fills the poet’s heart with pleasure when he is away from the daffodils (and nature), causing it to dance with the daffodils.

That foundational interplay between joy and melancholy, our states of being within nature and in retreat from it reverberate throughout the book. So the daffodil in this book is both a part of those “ten thousand” and also apart from them, forging a different path.

Q: Some of the prose poems in the book deal with a variety of characters while others focus on the daffodil. What themes do you see running through the various poems in the collection?

A: "Brief Histories of Fear," the first section in the book, is a sequence of narrative poems about a variety of protagonists. We don’t meet the daffodil until "Life Studies in Yellow (and Other Primary Colors)," the second section of the book.

The first section functions as an opening act, a kind of emotional buildup to the story of the daffodil in the second section. I wanted the book to include poems that did not directly concern the daffodil. For me, the drama is heightened when the daffodil and his story is revealed later in the book.

Also, it was important to me that the situation of the “drama” be situated. The characters in the first section function as comrade spirits, or the “chorus,” to the daffodil. Even if indirectly, they are part of his cosmos, concerns, and engagements. Somehow, he knows them, senses their presences.

The chorus characters function on a symbolic level as “signs” or reminders to the reader that even in the time of deepest sorrow, one is not alone.

Some of the themes that run through both sections are fear, anxiety, violence, and the resultant marginality. In some poems, the violence is physical (“Love in the Reign of Raining Rockets,” “Revolutionaries on Holiday” and “Varieties of Light”). 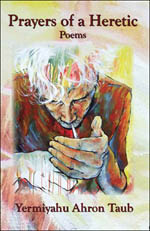 In others, it is apparently caused by societal or familial disdain and tension (“The Problem of Cacophony,” “In Blue Moonlight,” and “On a Given Sunday”) or self-directed (“1:00 A.M. Beneath Bronze Arches” and “Cautionary Tale”).

In both sections, the characters grapple with the weight of their histories and the tenuousness of their place in society. So, despite the differences in the sections, there is a thematic unity connecting them both.

A volume of poetry allows a freedom of exploration and movement that might have less possible in a novel or a memoir.

Q: You begin the book with a foreword called "Before Art, History: After Repression, Art," and you describe it as "in some ways, the most challenging portion of this book to write." Can you say more about that?

A: The foreword discusses the symptoms of bodily pain and their connection to a long history of repression, or the (attempted) burial of trauma not dealt with.

Put more broadly, it reflects on the interconnectedness of certain kinds of pain symptoms felt in the body with memory and trauma.

The book emerged from the exploration of those personal memories. The foreword therefore provides a backdrop to the poems in the book itself. This isn’t to say that The Education of a Daffodil is a memoir, although it does incorporate autobiographical elements.

In addition to the range of character and theme noted above, writing poetry allowed the crafting, shaping, and construction of personal experience into texts that are something other than autobiography. And yet, that connection to experience is there.

All art, although perhaps especially poetry (given its economy), hinges on the nexus between the included and the omitted. The absent—the drama “between the lines”—informs and interacts with the present. 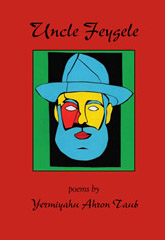 In including the introduction, I had to grapple with these essential questions: am I telling too much? Giving too much away? Making the foreword too personal and thereby binding the poems too tightly to personal history?

In the end, I decided that the answer to these questions was “no.” The foreword provides a separable background to the poems themselves.  The poems function on their own.

A: English is my native language, and the language in which I am most at home. However, Yiddish has always been a significant part of my life. In was in the “air” in the yeshiva community in which I was raised, and I studied it formally in my 20s.

Since then, I have been involved in the Yiddish cultural world as a reader, writer, translator, advocate, and general enthusiast. I speak it today with my father and numerous friends and colleagues.

In terms of my poetic praxis, I write first in English and then I translate the poems into Yiddish. Sometimes, as a result of the Yiddish translation, the English version also changes. In that sense, there is a conversation between the languages.

Sometimes, as in “Cautionary Tale,” I incorporate Yiddish words (e.g. “nebekh”) into the English version. They add a richness to the English and illuminate the cadences of Orthodox Jewish English, or yeshivish, which includes elements of Yiddish, Hebrew, and Aramaic throughout both the spoken and written forms of language.

After my translation, I enlist the assistance of a Yiddish expert who corrects the errors in my Yiddish version. Sheva Zucker and Miriam Koral corrected the Yiddish version of the six poems in this collection.

Whenever I translate into Yiddish, I am always struck by how much I take for granted in English such as idiomatic expressions and the appropriate preposition, etc. Even when I pare down the English version, having in mind the Yiddish version to follow, these challenges of "transporting" work into a second, less familiar language remain.

Except for my second book, in which all the poems had a Yiddish version, all of my other books only have a few poems with both English and Yiddish versions.

I choose those poems with care.  I think about poems, whose impact could be heightened by a Yiddish version. So I wanted “Refugees from Little League,” in which a cleaner of office buildings and her doll-loving son move to the forest, to appear in Yiddish. I wanted that poem to be a part of Yiddish literature.

“Dreams of Declamation,” among other things, a meditation on the role of Yiddish in American Jewish life, naturally lent itself to a Yiddish version. Similarly, the aforementioned “Cautionary Tale,” which traces the decline, or rather the “then and now” life story, of an Orthodox Jewish woman, also called out for a Yiddish version.

A: I’d like to add a few words on the phrasing, or rhythm, found in the book. In some of the poems (e.g. “Concerts by the Sea”), there is an almost “formal” rhythm, an ornateness of language that evokes a time and place other than contemporary United States. Some of the characters’ names, such as Lavinia, Ada, and Clarissa, also seemed to be “markers” of an earlier era.

Writing in the phrasing of other (unspecified) times helped me immerse myself in the psychological landscapes of the characters and keep the daffodil in “balance.” History functioned as a means of expansion, rather than as a guide to temporal or spatial specificity.

Additionally, the opulence of language provided a kind of emotional distance from the horror of the events delineated on the page, a distance to aid the absorption of the impact of those events.

A: I am working on a book of my collected Yiddish poems, which will include new poems and ones that haven’t appeared in my previous collections. I am also working on an English-language book of short stories.

Thank you so much for this opportunity to discuss my work!

--Interview with Deborah Kalb. For a previous Q&A with Yermiyahu Ahron Taub, please click here.
Posted by Deborah Kalb at 7:14 AM