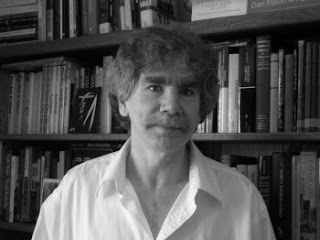 Tracy Daugherty is the author of the new book Let Us Build Us a City. His other books include The Last Love Song and American Originals, and his work has appeared in a variety of publications, including The New Yorker and Vanity Fair. He is Distinguished Professor of English and Creative Writing, Emeritus, at Oregon State University.

Q: Why did you decide to write this new book, and over how long a period did you write the essays included in it?

A: After 30 years of writing and publishing, and working with young writers, I wanted to pause and reflect on what I'd experienced and discovered.

The book is a compendium of lessons learned in a life of literature. It's not a how-to book or a craft manual. It's not literary criticism. Rather, I wanted to meditate on the imagination's engagement with the world--paying special attention to literary engagement.

Many years ago, the poet Stanley Kunitz wrote a wonderful essay volume entitled A Kind of Order, A Kind of Folly. It was a very companionable book. It felt like a wise old friend was sharing his thoughts with you, not to tell you how to live or to pursue your work, but to say, "This is how I approach creative thinking--how would you like to do it?" I was aiming for a similar appeal.

Some of the ideas in the book I wrestled with over a 10-year period; the pieces themselves I revised very recently as the book took shape. 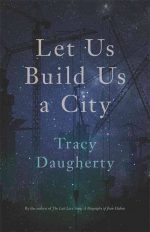 Q: You begin with a discussion of John Cheever. Why did you choose to start with him?

A: I began with the Cheever anecdote--I was a college student and I met him right after he'd published his Collected Stories--because it embodied the basic idea behind each of the essays: that is, no one can teach you directly how to be creative, but by modeling certain behaviors, modeling habits of thought and conversation, by being-in-the-world in a particular way, someone might demonstrate, indirectly, possibilities to help you along your path.

That's what watching John Cheever did for me. His smallest gestures seemed "writerly" to me--not in a way that I could, or would, imitate, but in a way that showed me a man fully engaged with literary matters. He'd found a way to live in the world as a writer (it was often torturous for him, though I didn't know that then).

"Possibility" is an oft-repeated word in this book. Cheever showed me possibilities. That was his gift. It's the most effective form of teaching.
Q: In your essay "Writing Political Fiction," you state, "The fiction writer's challenge, as I see it, is to be a witness to her time without getting trapped in her time." How would you advise someone to meet this challenge?

A: If pressed to formulate a shorthand for writing successful political fiction, I'd say, "Aspire to timelessness rather than to what's timely." 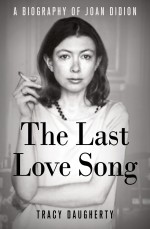 Each generation faces particular political volatilities, and as a writer, you want to address your place and time. It's important to be an on-the-ground witness.

But particulars date quickly, like food that spoils after a certain period. You don't want to ignore the particulars--specific detail is the life-blood of fiction--but it's essential to seek the essence, dare I say the eternal qualities, in those particulars. The spirit rather than the flesh.

On the simplest level, what do today's conflicts in Syria, Iraq, and Afghanistan have in common with the wars in Vietnam, in Europe in 1914, in Sparta and Greece, centuries past? The particulars of individual battles will date; the nature of war, sadly, will always be with us. It's the long view tied to the present moment--that seems to me the key to powerful political writing.

A: The reference is to the biblical passage regarding the Tower of Babel, and it has to do with language and community--both central concerns of my book--as well as with humanity's proper place in the world. The artist's proper place. 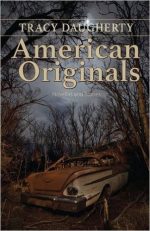 The Tower was an enormous creative undertaking. It was also a challenge to God. Insofar as God is Silent, and writing by its very nature is a breaking of silence . . . well, challenging the regular order of things seems to me a core component of creativity.

A: I'm engaged with several projects at the moment. Many close friends and members of my family have died in recent years, and a burst of work seems to be my response to grief. I suspect an elegiac tone connects the pieces I'm working on.

I've completed a biography of a rather obscure Texas writer named Billy Lee Brammer. He embodied the best and worst of our culture, and telling his story enabled me to tell the story of America's last half-century, I think. It's just marvelous material.

I'm also finishing up a trilogy of novellas, linked by the theme "art versus activism." One of the novellas has, as its central character, Willa Cather; another explores the friendship of John Howard Griffin, who wrote Black Like Me, and the monk Thomas Merton.

And I've got a new collection of linked short stories. I've been a busy boy, and I'm thankful to still feel enthusiasm for work after all these years.

A: My old teacher, Don Barthelme, once said, wryly, "One of the traditional obligations in our role as the public is the obligation to neglect artists, writers, creators of every kind. As far as I can see, neglect is proceeding at appropriate levels." Thank you for your kind attention to literature, Deborah, and for pushing back, just a little, against neglect.