Tim Pears is the author of the new novel The Horseman, the first in a trilogy set in World War I-era England. His other books include In the Place of Fallen Leaves and In a Land of Plenty. He lives in Oxford, England.

Q: How did you come up with the idea for The Horseman and for your main character, Leo?

A: Our grandfather was a young gunnery officer in the Battle of Jutland, the greatest naval battle in history, in 1916. That was the seed, though his experience as such won’t feature in the trilogy.

Jutland itself comes in Book Three. Leo will be a Boy Seaman on one of the British ships. Gradually I worked backwards from there, and The Horseman is Leo’s childhood. 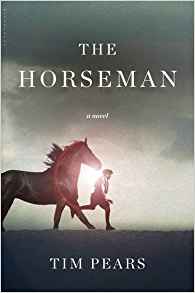 Q: What type of research did you do to recreate the part of England where the book is set in 1911?

A: I visited museums, walked in the landscape, spoke to people and watched horses. But most significantly I came across memoirs written by old men and women of their rural childhoods in the early years of the 20th century. The life they described was so interesting, I knew this was the childhood milieu of the story’s characters.

Q: Did you plan all three books in the trilogy out before you started writing the first one, or have you ended up making changes in what you thought would happen?

A: I planned all three, but made innumerable changes. Minor details in Book One provided answers to unexpected questions in Book Two; a character glanced in passing returned in Book Three. This was an entirely new phenomenon for me as a writer, and rather wonderful. 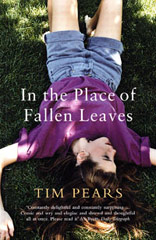 Q: What does the book say about the English class structure before World War I?

A: I had nothing new to say about class. Of course it was rigid in 1912, particularly out in the country. Class is both economic and social. I had to keep my own socialist impulses and beliefs away from the characters and let them be themselves as individuals rather than ciphers.

The two main characters will transcend their class restrictions – it’s a love story. Social divisions can be overcome with personal courage. Economic divisions are different, a matter of power, and remain almost as strong today as they did then.

A: Book Three in the trilogy. I’m describing a remarkable incident after the end of World War One when the German admiral commanding the fleet of surrendered warships in Scapa Flow in the Orkneys, north of Scotland, secretly ordered them scuttled. Before the British navy could do anything about it, almost all were lost beneath the ocean. 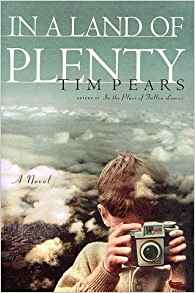 I’ve just come across interviews with old people who that day in June 1919 were children taken around the Flow on an excursion to look at the huge German ships, which they suddenly realized were sinking all around them, in dramatic, noisy, bubbling convulsions. What a perspective!

A: The Horseman is being compared to Thomas Hardy’s novels, which is an enormous compliment, but actually the three novelists who have directly inspired me in writing this trilogy are all American, and are never mentioned. So I’d better not mention them myself.