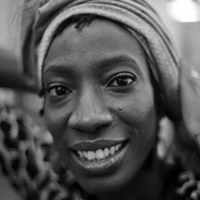 Yewande Omotoso is the author of the new novel The Woman Next Door. She also has written the novel Bom Boy. She was born in Barbados, grew up in Nigeria, and lives in South Africa.

Q: How did you come up with the idea for The Woman Next Door and for your characters Hortensia and Marion?

A: One of the things is the way in which ideas pollinate based on what’s going on around me. One of the things I was experiencing is my grandfather had died and I was around my grandmother [more than I had been]--I grew up in Nigeria and she was in Barbados.

I started meditating on what it is to be that age. Younger people are cursory at looking at older folk. I started thinking about what it would be like to be in your last years of life, and it got me thinking about characters, thinking about Hortensia.

Not just was she old but she had nothing particularly fulfilling—you’re at the end of your life, but it’s another thing if your life is unfulfilling and things are incomplete. That character grabbed me. At another point, I thought, she has this counterpart, [Marion]. 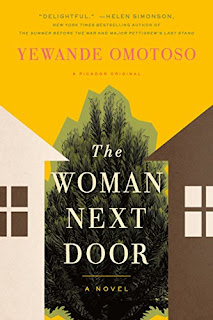 Q: You tell the story from both women’s perspectives. Did you write the chapters in the order in which they appear, or did you move things around as you wrote?

A: I feel I do move things around. How I would normally write a first draft—I would just go, but not in order. I could do it for six months or a year, free-write, and once I’ve got the characters and the setting in the center of the story, I’ve got a scene. It isn’t in order.

At some point I would say, what’s the arc of this, what’s the plot? I would see what goes after what, and where I need to write more. So I didn’t write it in order. It’s about this relationship—a hateship—and how it might develop.

Q: The novel takes place in South Africa, and much of the story focuses on that country’s troubled racial history. Do you think a similar story could be told with a different setting, or could this only take place there?

A: I think the answer is--what’s profound about stories--I like to think the more specific a story, almost ironically the more [relatable it is]. The more rooted in one place—there’s something about writing it that way—makes it relatable anywhere.

So yes, and no. It belongs here, Marion is a character of [her country’s] complex past, it is a story for here—but if one does one’s job subtly, it is relatable to anywhere.

Q: Getting back to your writing process, did you know how the novel would end before you started writing, or did you make many changes along the way? 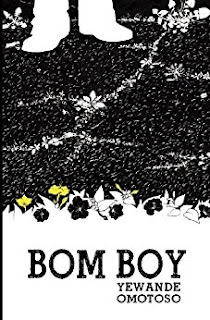 A: The minute I begin I knew very little. I know a sense of each character. I’m very much a character person. I write from character. If I can feel that character, Marion or Hortensia, I don’t know the events, but if I keep writing I will write that out.

I do lots of drafts—by the third or fourth I have a sense of the narrative. In the early stages it’s quite comic—with the novels I write, I’m trying to force something that never comes to pass. I thought there was a murder somewhere. For a long time, I didn’t know the two women would be in the same house.

There’s the sense that the story has an intelligence of its own and you’re engaging with this intelligence. Sometimes you’re arguing. It can be led by something innate in the story. If the characters are real enough for me, that’s the engine I need, and I will keep going and something will happen!

A: The bulk of the writing for The Woman Next Door was finished in late 2014. We did some editing after that. I’m working on a new manuscript…fine-tuning and editing.

It’s the story of a family that’s splintered—the divorced parents come together; they have an estranged adult daughter. Repair is a theme I’m always going back to. It’s a bit of a mystery—they have to track her down.

The daughter is an artist. I’m trying to write about South African art in the ‘90s, with the first democracy, and also looking at death and what it is to die. It’s really ambitious, but I’ve gotten the first rough draft and now it needs to be hewn.

A: One of the things I remember telling myself when I started writing was that it wasn’t necessary to be writing about characters people would be easily endeared to....What became important is compassion. People might find these women quite mean-spirited, but my job is to have the reader somehow have sat in their skin.